Sports Buzz: Still Teammates After All These Years 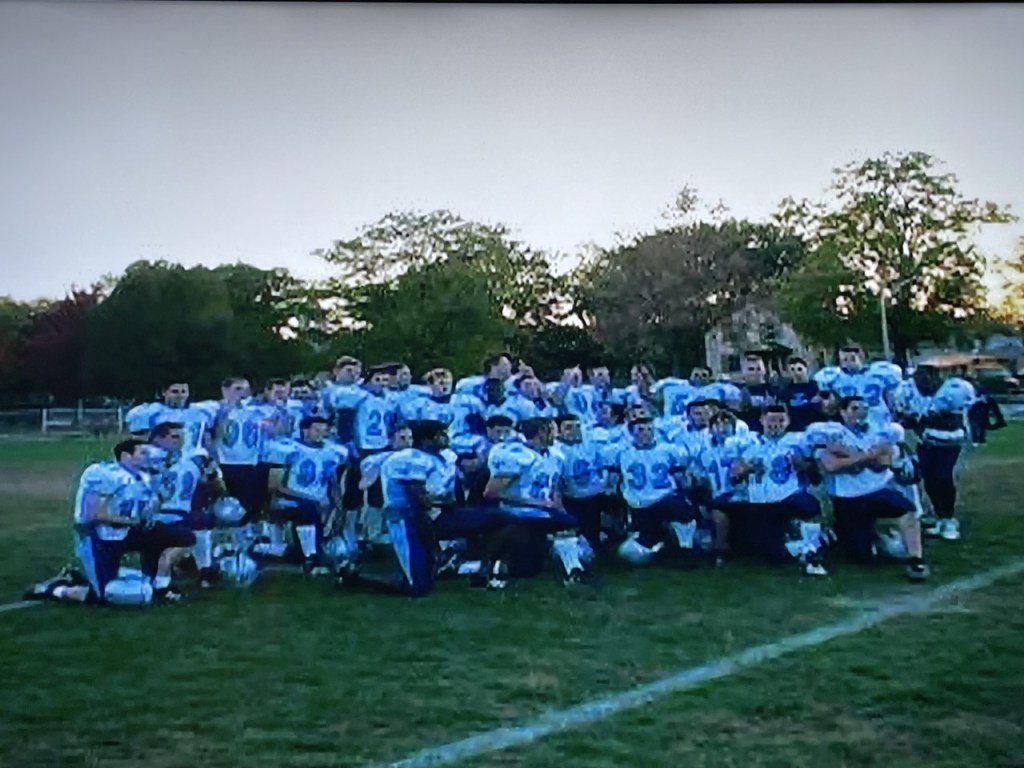 Recently, upon hearing that he’d just become a father, I reached out to an old high school football teammate of mine to say congratulations.

It had been years since we’d spoken, as life after high school often takes individuals in different directions.

Yet, upon hearing from him for the first time in quite a while, there was an instant connection. It was like we picked up right where we’d left off. Such is the joy that anyone on an athletic team can say they share with certain teammates.

From a writer’s perspective, covering the postseason is one of the most exciting – and exhausting – times of the year.

There are many thrills while watching great teams play one another, and outstanding games – each made more dramatic with the understanding that the season is on the line for both teams.

Yet, for all the excitement and bravado, it can also be a difficult moment – particularly for seniors.

The high school I played at was a football powerhouse, having won a state championship when I was in eighth grade.

When we entered the postseason during my senior year, our coach told us that each of the 32 teams that made it to the playoffs deserved to be there – yet only one was ultimately going to end their season
with a victory.

Unfortunately, it wasn’t us. And, like many players of the 31 teams that didn’t take home the state championship trophy – and probably some from those that did – I was openly emotional afterward.

We lost on a miserably rainy day, and had enough time to process the impending defeat. Afterward, I can recall making it a point to stand in the home endzone one last time.

Even though the rain was coming down hard, my cleats were filled with mud, and my hands were freezing cold, I knew I had to savor the moment, fully aware that it was the last time I’d ever stand on that field in full uniform as I’d done so many times before.

More so, I knew it was the end of a journey I’d taken with several teammates – guys I looked at as being a part of a brotherhood – over the last few years. I didn’t know what the future was to hold, but did know that one chapter in my life had just come to a close.

It’s been more than 15 years since that rainy day loss in October, and the sting of defeat isn’t felt much anymore.

Instead, what remains are the unique memories and bonds.

I can recall being a part of something very special in playing on an undefeated junior varsity squad, one
who never got any recognition but always played with a lot of pride.

Furthermore, I was lucky to be on a team with playoff aspirations and success year after year, and to learn the skills necessary for success in life that continue serving me well to this day.

I don’t remember particular plays, rankings, worries of that time, or even scores.

What I do remember is the journey we went on – with all of its highs and lows – and the people who were a part of it.
There’s an old saying that goes, “At some point in your childhood, you and your friends went outside to play together for the last time and nobody knew it.”
Along similar lines, some day – if you’re a current athlete – you’ll be old enough to understand that your playing days have come…and gone.

The next step to stay in the game is to be a coach, teacher, commentator, fan, or – in my lucky case – sportswriter.

And although that brings to mind a tinge of sadness, it also means a world of new opportunities await within and beyond sports. This should be the case when one grows up.

For sure, if you’re lucky enough to be in a position where you can do something truly special – as both GRC Boys and Girls basketball teams are – you should aim to accomplish it.

Yet, along the ride, know that many of the things that seem to create anxieties today – what the rankings are, who had the most points, what the critics have to say – will be forgotten about.

When I think back to my friend who I recently spoke to, I wonder more about how he’s doing in life now then how things were way back then.

Still, when recalling our playing days, I can’t help but have the same thought.

By being a part of an undefeated JV squad to the surprise of everyone but ourselves, and by playing a role in making sure our varsity squad continued to be near the top – WE DID IT!

It’s best to focus on the present and future. At the same time, it’s hard to shake an old feeling. We’re
still teammates even after all these years.

Sports Buzz columnist Matt Cizek can be reached at mcizekec@hotmail.com