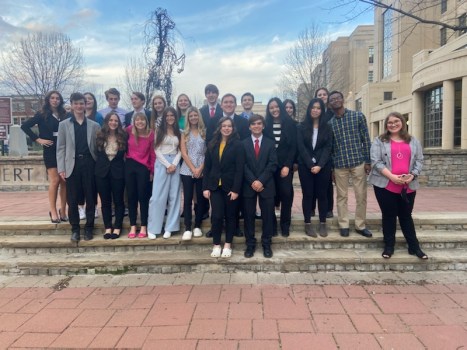 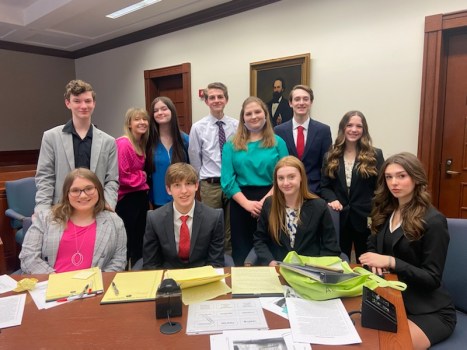 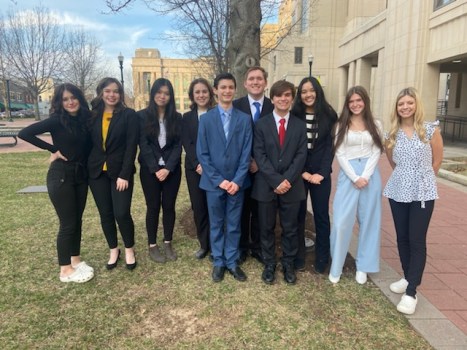 The George Rogers Clark mock trial team scored a successful verdict last weekend.
GRC, divided into the black and red teams, was the only school to place two teams in the top ten at the Kentucky High School Mock Trial Association state championships in Lexington.

The competition is a rigorous process.

Each year the state mock trial association puts out a case complete with paperwork.

“This case is normally somewhere around 100 pages, and it includes the pre-trial documents, the jury instructions and stipulations for the case,” Murphy said.

It is up to them to formulate a strategy for presenting their arguments and questioning witnesses.

The witnesses have creative freedom in how they wish to portray their character.

The competitors compete in a real courtroom with an actual judge to cap the simulation’s authenticity.

Unlike in the existing legal system, whether a team wins or loses a case does not matter.

“It’s a score-based system … It’s how well you present your arguments throughout the trial,” Murphy said.

The two GRC teams had to compete at the regional round to qualify for state. The top eight teams from each of the two regions advance.

The regional rounds were held virtually this year–so was the entire competition last year–and for many underclassmen, this was their first time presenting a case in person.

To hear their coach, it did not phase them at all.

“Seeing how they did this past weekend in a real courtroom, it was just great to see how they grew from seeing them as seventh and eighth graders to what they are now,” Murphy said.

Sydney Herringshaw and Ella Brock received Outstanding Witness awards, only ten of which were given.

Murphy is a volunteer coach and started the program at the middle school level six years ago.

He has experience as a competitor from his high school days in Montgomery County.

“They have one of the best of the best program in the state, if not the best,” Murphy said.

And through all their years of competing, the students are well prepared for the legal profession if they choose to go down that career path.

“Some of these kids know more about the law and objections and how to conduct themselves in a courtroom than a lot of people going into law school. That’s not a joke; it is a fact,” Murphy said.

“This year is the best year we’ve had as a program,” Murphy said. “I don’t think this was a fluke. I think the next few years we are going to have a well-respected team at both the regional and state competition.”