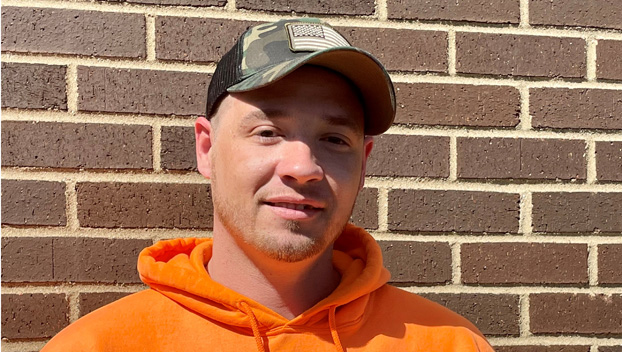 A Jessamine County Deputy assigned to the roadside litter program had a diabetic emergency while driving a Detention Center vehicle around noon March 8, but the deputy received assistance from inmate, so there is a happy ending.

Deputy was driving a crew of four inmates back to the jail that had been picking up litter from a county road, according to a press release from the Jessamine County Detention Center. Deputy’s name has not been released to the media.

The deputy’s sugar level bottomed out and he passed out at the wheel while driving in bound on Chrisman Mill Road. One of the inmates, Terry Smallwood, was in the passenger seat of the truck when the deputy went unconscious.

Smallwood was able to reach from the passenger side of the vehicle and apply the brake to bring the vehicle to a safe stop, according to the press release. After stopping the vehicle, Smallwood then put the vehicle in park and began providing care to the deputy until the arrival of first responders.

“First, if not for his actions, the vehicle could have either ran off the road or hit oncoming traffic causing damage and injuries to those in the vehicle and other vehicles traveling on the road,” he said. “Second, if the deputy had not received medical care in the amount of time that he did, he potentially could have gone into a diabetic coma.”

“I can not thank inmate Smallwood enough for his heroic actions that day that potentially saved the lives of not only our Deputy but also the other inmates in the vehicle and citizens traveling the road that day,” Sallee said.