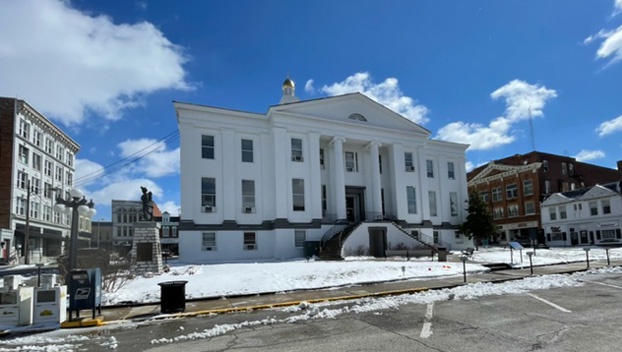 Though it may be cold with snow on the ground today, remember that spring is around the corner, March 20.

Temperatures began to crash early in the evening, and later in the night, heavy snow made travel treacherous.
By 6:30 a.m. Saturday, the Clark County Road and Solid Waste Department reported in a social media that three to six inches of snow had fallen across the area. The post also said that some roads were covered back up as soon as they were scrapped due to blowing snow.

Allan Curtis, the county road supervisor, told the Sun in a text message conversation that all local roads were passable by noon, though there were still some slushy and slick spots.

Forecasters predict that the cold snap will be short-lived as temperatures will rebound into the 40s on Sunday and into the 50s and 60s early next week. Remember, spring is a just about a week away, March 20

Saturday afternoon: Mostly sunny and cold, with a high near 25. Wind chill values as low as 9. Blustery, with a northwest wind around 21 mph, with gusts as high as 30 mph.