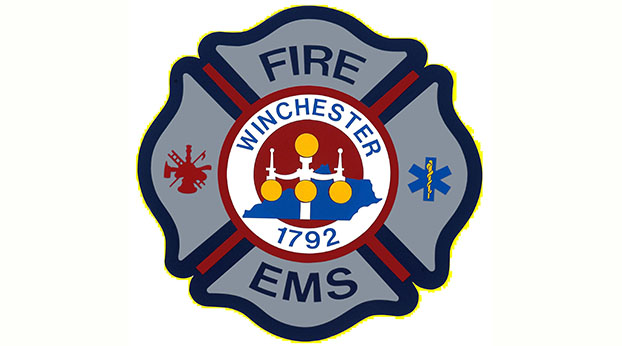 An early morning fire in Winchester sent a two-year-old boy and a firefighter to the hospital.

The Winchester Fire Department responded to reports of an apartment fire at 225 Oxford Dr. at 4:54 a.m. Friday.

Once on the scene, first responders were told by Erin Saunders and Dakota Smith that their son, Aiden Smith, was trapped inside the apartment.

“The crew decided to do an aggressive primary search without a handline,” Whiteley said. “They actually went through the room of origin to a back bedroom on the right side of the apartment where they were able to locate an infant.”

The rescue crew shielded the child with their bodies, and EMS officials performed mouth-to-mouth resuscitation on Smith.

Whiteley said the child was transported to UK’s Chandler Hospital and was in stable but critical condition Friday.

In a phone conversation with the Sun, Erin Saunders said Saturday that her son’s status had not changed.

“He’s really not breathing on his own much,” Saunders said. “They talk like he will be in the hospital for another week or two.”

A firefighter was treated and released at Clark Regional Medical Center for smoke inhalation.

“I’m really, really thankful for the fire department and the firemen who rescued my son in that fire.

They risked their lives to save him,” she said.

The family has set up a Go Fund Me page that can be found by searching “To get back on our feet”. So far, over $1,700 has been raised to help the family.

The cause of the fire is still under investigation, but fire officials said it does appear there was any foul play.