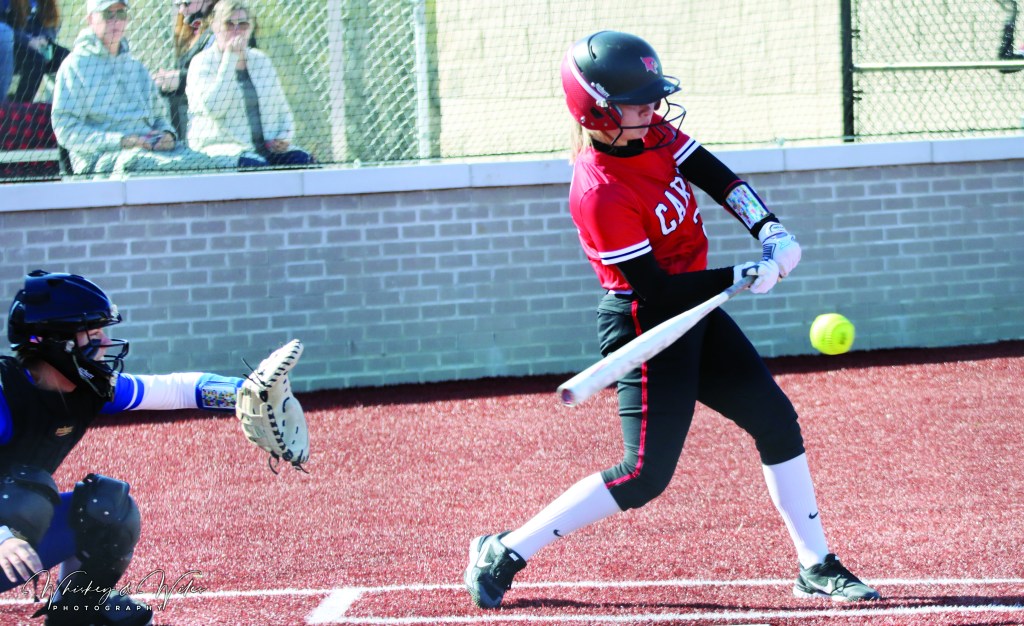 Lady Cards softball gears up for a new season next week. (File photo)

George Rogers Clark High Schools’ softball team is poised to fast pitch its way to a great season ahead.

Seventh grade standouts to watch out for are Bella Guinn and Lilli Hill.

“I think these two players have a lot of promise,” she said.

Season opens Monday when the Lady Cards travel to West Jessamine with the first home game of the season against Powell County on Thursday, March 24.

“I’m excited for the season ahead,” Hill said. “We’ve been practicing using some ‘old school’ ways, working hard and so I think we’ll be ready to play.”

Speaking of McCloud, GRC’s current coaching staff played for him.

Applied further, Hill is the school’s first female softball coach to lead an all-woman staff — a first in school history.Thought this is Hill’s first season as head coach, she had been serving as assistant coach for the last two years.

“Softball is a part of my life — always has been,” she said. “I’m excited for the future of Clark County softball.”