The Tragedy of Ukraine and New Thinking 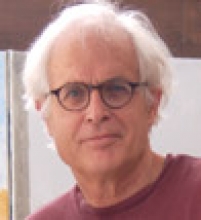 As we lock horns with the cruel and out-of-touch Putin, once again we’re at a moment that too closely resembles the Cuban crisis of 1962. We really don’t seem to have learned very much since then. Sixty years is a long time not to have figured out that nuclear chicken is a game with no winners.

While some pundits assert that it is NATO’s expansion to the East that has caused Putin to react so irrationally, others explain that, no, his mind is somewhere back in another century, caught up in imperial fantasies of renewed Russian glory. Some argue that by not enforcing a no-fly zone over Ukraine we are slipping into an appeasing Hitler model, making WW3 more likely. Others argue the opposite, that we must avoid WW3 by the kind of delicate and creative restraint presently practiced by Biden and Blinken.

In our helplessness we all want to at least have an opinion and even better to be right, but we sometimes fail to understand that the lead-up to war, escalation, is a system in which all sides participate, with roots in historical grievances and fears extending into the distant past.

The nuclear nations are so based in power competition that so far—even after Cuba—they have not awakened to the possibility that their fundamental interests are compromised by the threat of annihilation. They refuse to see their shared interest in building a security system based in no one needing to possess WMDs rather than one that incentivizes every nation to want them.

Here are parts of a response to me (I had asked about nuclear policy) from one of our most intelligent and thoughtful U.S. senators:

“ . . . as long as nuclear weapons exist, the potential use of these weapons cannot be ruled out, and the maintenance of a safe, secure, and credible nuclear deterrent is our best insurance against nuclear catastrophe. . .

. . . malign actors who seek to upset global peace and security must remain convinced that the costs of attacking the United States—or our allies and partners—far outweigh any benefit they seek to derive. This policy, in fact, has prevented the use of nuclear weapons for over 70 years. . .

Also
. . . I fully understand the apparent paradox of the theory of deterrence—that we must build, maintain, and credibly prepare for the employment of these awful weapons, all in order to reduce the chances of their use. Until we achieve a nuclear-free world, this is almost certainly our best insurance against the nuclear catastrophe all of us rightly fear. . .”

These words can fairly be said to represent establishment thinking across Washington (and Moscow and Beijing). The problem with this thinking is its spirit of fatalism. It gives lip-service to the hope of a nuclear-free world, but other than that, no specifics about how to get there or how crucial it is to get there. And there are gigantic questionable assumptions: first, that the deterrence system is safe and secure, which assumes no mistakes forever—a bridge way too far—and second, that our weapons are good and non-threatening but the weapons of others are bad and are a threat.

Such reasonable-sounding but ultimately empty rhetoric indicates a collective mind-set that has been, to put it bluntly, stuck on stupid since the Cuban crisis. We can do better. How?

First, accept reality out loud. There is no way out of the nuclear deterrence paradox, which is not “apparent” but all too real. Unless we actively change the paradigm, nuclear war lies ahead somewhere down the time stream, possibly within days or weeks in the present crisis, or within years as further conflict inevitable rises. Governments need to say, as I hope the United States government, to its credit, is saying to itself right now, first principle, nuclear war is off the table: how else can we respond?

Second, have some faith in our own creativity. Is the “tragic realism” of nuclear deterrence really the best we can do? Most nations don’t think so—86 are signatories and 59 have also ratified the United Nations Treaty on the Prohibition of Nuclear Weapons.

The U.S. can make significant unilateral confidence-building moves, including former Secretary of Defense William Perry’s suggestion that we can retire our entire land-based ballistic missile system with no essential loss of security. Or bring home a Trident submarine to base and invite others to make similar small gestures of good will.

Third, the community of nations can prioritize the issue far more, by activating an ongoing conference of the nine nuclear powers through the U.N., or as many who are willing to participate, to take small steps in the right direction, starting from the premise that we never want to be this close to nuclear war again. Let’s not freak out about bad actors like North Korea.

If suddenly the U.S. and NATO possessed zero nuclear weapons and North Korea made hostile moves, our conventional forces would be more than sufficient to deter their acting rashly. Verification of violations is no longer a technological hurdle, and we are finding out just how powerful economic sanctions can be when applied uniformly. Sanctions can become a far safer and more effective means of deterrence.

It is hardly my place, sitting safe in a warm house in rural Maine, to advise the Ukrainian people that they might have been better off had they chosen Gandhian forms of active nonviolent resistance. Zelensky himself has pleaded with the Russian people to do so, and his own countrymen and women have tried standing bravely in front of Russian tanks.

Though Ukraine understandably has chosen to take up arms in response to Russian brutality, nonviolent tactics must never be forgotten, because they often work quite effectively, and can still be effective to creatively combat Russian occupation. The expert tactician of nonviolent political struggle Gene Sharp has suggested 198 ways to refuse cooperation with occupiers, tactics with a successful track record in Poland, the Philippines, and elsewhere, and the International Center on Nonviolent Conflict published an expanded list last year.

Meanwhile we are desperate for a new paradigm where leaders turn to international institutions like the World Court to adjudicate difficult conflicts—as Belize and Guatemala have done to resolve an ongoing dispute about borders. Yes, many schemes have been tried and have failed, including the Kellogg-Briand treaty to outlaw war from 1928—which is still in force by the way. But the nuclear context adds the greatest possible urgency to the deliberations of diplomats and leaders.

Meanwhile one of the most galling aspects of Putin’s invasion is its utter irrelevance to any of the real problems the planet, including Russia itself, faces together. While Ukrainian suffering is horribly real, Putin’s nationalist motivations seem unreal, belonging to some other moment of historical time when the world was not challenged by transnational challenges like pandemics, the climate emergency, finding adequate clean sources of energy, and feeding all the children of the earth.