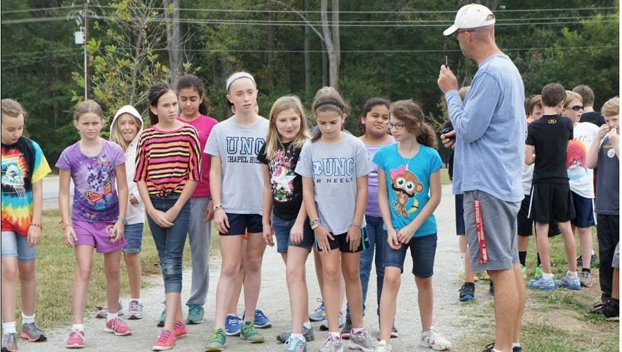 A longtime physical education teacher and coach, David Layton teaches life lessons to this students by having them run a mile. "Our mile run will teach many different lessons. To some, it teaches that preparation and hard work pays off. To others, it teaches that personal goals are more important than comparisons with others," he said. (Submitted photo)

Heather and Steven were good friends and rivals on the running track.

They trained all year to make sure they could beat the other one. It was the end of the day and the whole class was buzzing with energy as they took off.

After two laps Heather and Steven were neck and neck, neither giving an inch. Everyone had just finished the second lap when the rain started. Not a mist mind you, it was HEAVY RAIN.

Every parent standing with me had the same comment, “Don’t you dare stop this” as they darted to their cars. All the kids had the biggest grins on their wet faces as they came slopping by each lap. The two track stars sprinted the last half lap to finish in a super dramatic tie. Afterwards we were all completely soaked and laughing as we ran for the gym. (With Heather and Steven trying to beat each other there.)

John put ZERO effort in improving his mile run score. He would stop, occasionally kick dust at classmates and even walk the wrong direction, but not hustle. He casually strolled across the finish line at 24:46. His mom rushed to her baby and said, “You did great! The main thing is that you finished Honey!” I had a side conversation with her later but I never forgot the lesson she taught me. “Finishing the mile” is NOT the job. Finishing AS QUICKLY AS YOU CAN is the job. And that takes physical and mental effort. Putting letters on the page is not enough on a spelling test, attempting to spell them correctly is.

The day of the run she came with a full leg brace and a note from mom that said, “Please let Jen walk the mile, but don’t allow her run.” Jennifer agreed to this and I let her go with the class. That girl hobbled around and finished in just over 15 minutes.

From that day forward Mr. Layton started the “15-minute rule” that motivated many a student to hustle that wanted to avoid repeating the mile the following week. Jennifer, if you’re out there…….. thanks for setting the standard.

I keep up with number of laps by putting a dot on their hand when they come by. I traditionally give the magic marker to whoever finishes first so I can sit and write times down as the kids cross the finish line. This marker is the “trophy” that my serious runners want.

Occasionally that kid with the marker becomes everyone’s personal cheerleader.

Along with the dot comes, “Hey, you can do this!” or “Just one more Lap!” or “I believe in you!” It fires up the kids to hear the fastest runner in the class is pulling for them. Isn’t that what we all want?

Someone to cheer us on when we’re struggling. Are you fortunate enough to have that person in your life? Write them a letter and tell them what they mean to you. Can’t think of anyone? Go out and BE THAT PERSON for someone else! Encouragement is powerful, and we all need it.

One question is unavoidable for each runner.

What will you do when it gets hard? Will you quit? Will you fake an injury? Will you let your emotions rule? Will you pretend you don’t care? Will you try to make a joke out of it? I’ve seen every possible answer to that question play out. These kids will grow up.

They will all have times in life that are really hard and can’t be avoided.

My prayer is that our mile run in some small way has helped them to better navigate those times.

David Layton is a longtime teacher in Guilford County, NC.

Leaning on faith, Oscar says he’s coming back to Kentucky for another season 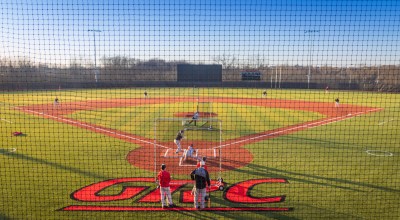 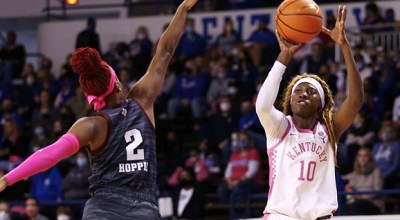 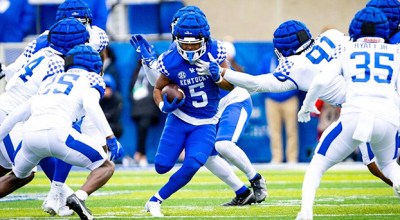