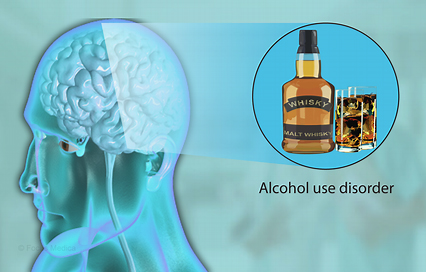 This month is a chance to spread awareness of alcohol consumption and reduce the stigma of reducing alcohol consumption.
This year’s theme is “For The Health of It,” with a focus on Early Education on Alcoholism and Addiction. Achieving Recovery Together wants to empower you to speak with the young people in your life about alcohol. People who aren’t parents or guardians can benefit, too.

We encourage everyone to examine their own habits and decide how alcohol affects their life goals.

Wine, beer, hard seltzer, and other malt beverages are labeled with an “ABV” or Alcohol By Volume percentage. The higher the ABV, the more alcohol is in a drink.

Liquor is typically labeled as “proof” which is the ABV doubled (80-proof is 40% ABV). ABV will vary between
brands, styles, and drink preparation. Knowing how much alcohol is in your drink helps you stay safe and healthy by not overconsuming alcohol.

No matter where an adult falls in this scale, they are adults who must account for their actions.

Sometimes people misuse alcohol. Alcohol misuse occurs when an individual drinks in a manner, situation, amount, or frequency that causes harm to themselves or those around them.

A “light drinker” who drove while tipsy has misused alcohol. A man who drinks more than five standard drinks (four for a woman) in the space of two hours is misusing alcohol.

Anyone who drinks alcohol under the legal drinking age of 21 is misusing alcohol. Alcohol misuse is concerning because it puts the person drinking and those around them in danger.

Some people cannot drink alcohol responsibly because they have a medical condition called Alcohol Use Disorder (AUD). This disorder is commonly called alcoholism.

Considered a chronic brain disorder, AUD is characterized by compulsive drinking, loss of control of alcohol use, and negative emotions when not drinking. People with AUD do not drink responsibly. Often their drinking gets in the way of their social life, work, and health.

Many people with AUD began drinking at an early age, and have misused alcohol for much of their lives. People with AUD do recover however. With the help of evidence-based treatment, support groups, and/or medications they can quit drinking. Long term recovery from AUD is possible for anyone.