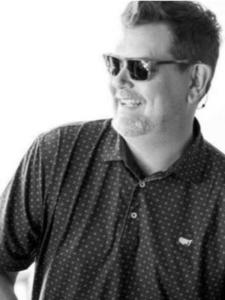 Calvin “Todd” Denham succumbed to the pressures of cancer in his 52nd year on April 4th, 2022, at his home in Winchester. Todd battled cancer like Oscar Tshiebwe battled for rebounds, for almost 5 years. Witnessed by his loving friends and wife of 17 years, Roni-Anne Barbour Denham. He is also survived by his parents Calvin and Harriett Denham of Stanford, fur baby Barkley and daughter Makenna. He was preceded in death by fur baby Bogey.

He served on numerous Boards, both past and present, such as Legacy Greenscapes, Clark Regional Medical Center, Main Street Winchester, Chamber of Commerce, Kentucky Association of Economic Development and First Christian Church. All of these while serving as the Chairman of the Local Fashionista Board. He was an integral part of the formation of the BCTC campus, spearheading the Downtown Development Plan, created Winchester’s First Opportunity Zone, and initiated several TIF Districts which assisted in upgrading the Winchester Plaza and redevelopment throughout Winchester. Todd was an avid golfer, UK fan, and video game enthusiast.