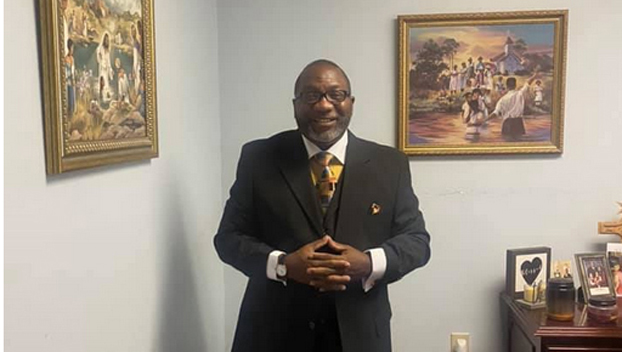 Corinthian Missionary Baptist Church of Winchester, located at 37 Fifth St., celebrates its centennial on Sunday.“Through World War I, the Great Depression, the pandemic, whatever it is, Corinthian has withstood the test of time,” Reverend Ronald L. Burns said.

“It’s a light shining in darkness. Corinthian has been there for all different types of people from all walks of life,” he said. “It’s a place you can come and be encouraged, strengthened and enjoy the spirit of the Lord.”

The church, located at 37 Fifth St., celebrates its centennial on Sunday.

“Through World War I, the Great Depression, the pandemic, whatever it is, Corinthian has withstood the test of time,” Burns said.

Services for Sunday are at noon and 3.p.m. Reverend Marvin King of First Baptist Church will preach a guest sermon. During the afternoon service, the congregation will recognize the families of its former pastors.

Burns said he tells the congregation that they are lucky because churches larger than theirs are closing their doors. The key to the congregation’s enduring existence is rooted in its faith.

“Any struggle that you go through, any struggle, anything you believe in, you have to have faith. The scripture says without faith, it is impossible to please God. Corinthian is full of faith,” Burns said.

The church began as a mission on April 18, 1922, descended from the congregations at First Baptist Church and Broadway Baptist Church in Winchester. It was organized into a church later that year on July 23.