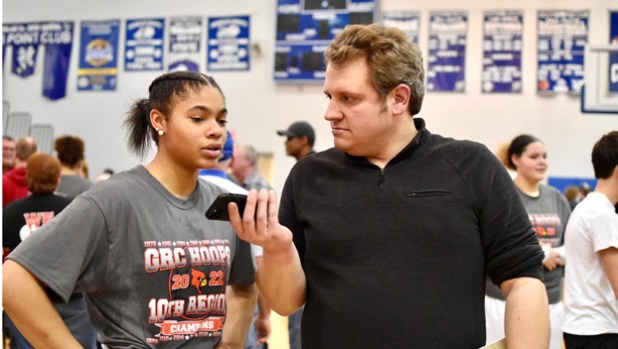 I’ve often said that the best sports month of the year is October.

With basketball and hockey typically starting toward the end of the month, football in full swing, and baseball having its
postseason, the last few weeks in particular are the times sports fans’ dreams are made of.

This year, a little something special took place.

With the MLB opener being pushed back slightly following a lockout, Opening Day directly follows the conclusion of March Madness.

This year’s NCAA tournament provided some utter heartbreak for UK fans, as they were upset in the first round by St. Peters – who then went on a historic run to finish the Elite Eight.

Ultimately, the tournament ended with the University of Kansas triumphing over the University of North Carolina. Also in historic fashion, the Jayhawks were able to overcome a 15-point halftime deficit during the Championship Game.

Growing up in the Midwest, my experience with college basketball largely began and ended with March Madness. In an area (Chicago) with several professional teams, this is the case for many – particularly as Michael Jordan and the Bulls dominated the NBA scene in the 1990s.

An exception would be during my high school years, when the University of Illinois had a great run led by Deron Williams that ultimately concluded in a 2nd -place finish after falling to UNC in the National Championship Game.

Still, I learned to great enjoyment that the magic happens in March.

In times, as UK fans did this year, I learned there’s also great upset. I actually picked Kansas to win in the first bracket I ever completed…and they also lost in the first round!

When it comes to baseball, though I’ve never openly advocated for it, I’ve heard some baseball fans say that they would be in favor of Opening Day being its own holiday. I truly believe they were only half joking!

I’ll never forget going to the Chicago White Sox home opener in 2009, one day after it was originally scheduled. The game had been postponed not due to forecasted rain, but rather forecasted snow. Although the field was clear the next day, the sight of players and fans in the stands wearing layered clothing as if they were at a Chicago Bears game is a sight I won’t soon forget. Nevertheless, as is always the case on Opening Day, it was one of the best gifts I received all year.

The same can be said of the two opening games in Cincinnati I’ve been fortunate enough to attend. The outdoor pregame festivities and atmosphere is unlike anything I’ve seen before, even in all my years of growing up in Chicago. Plus, in one of the games itself, I was fortunate enough to see the brother of a former classmate and teammate get to pitch for the visiting Pittsburgh Pirates.

Recently, I was able to attend my own opening game as the Cards took on Hazard.

Although they came up just short, it was the beginning of another journey I won’t soon forget. Between March Madness and Opening Day, what a treat!