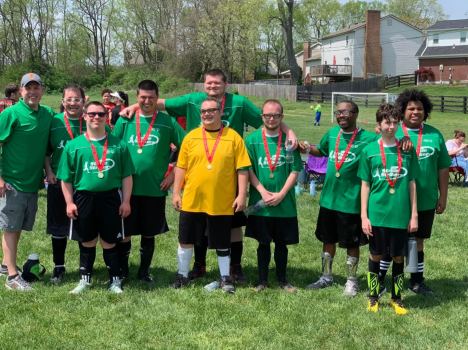 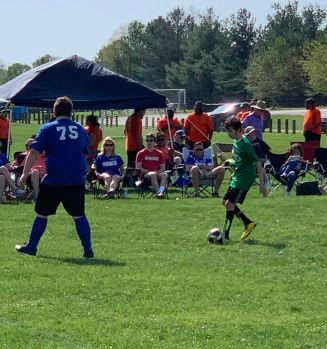 The STRIDE Strikers brought gold back to Winchester after their victory in the 2022 Special Olympics Kentucky Versailles Regional Soccer Tournament this weekend.

The Strikers had to battle back from a steep deficit during the championship game and found themselves down 3-1 at halftime after opening the game with a 1-0 lead.

They narrowed the deficit to 3-2 in the second half but surrendered a goal to fall back to a two-goal deficit. Undeterred, the Strikers fought back and leveled the game at 4-4 before the end of regulation.

The Strikers kept up their momentum and claimed victory in overtime, 5-4.

Earlier in the day, the Strikers won handily 8-1 over their semifinal opponent.

The other teams that participated in the tournament were the Louisville Cheetahs, Royals, and Wizards.

The tournament was the first time the Strikers took the field since 2019.

The STRIDE Program is a local organization that works with individuals with developmental, intellectual and physical disabilities. It offers a program of different life skill classes, Special Olympic activities, and therapy.

For more information about STRIDE, visit its website at www.strideky.org.