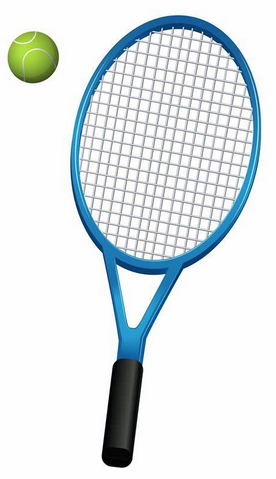 In high school sports, upperclassmen often stand out as is the case with George Rogers Clark junior singles tennis star Tennyson Prater, but next week’s state final tournament will feature a few young phenoms from Winchester.

Freshmen Madelyn Settles and Cassi Lowe have stood out as a doubles duo for GRC all season long and will compete in the state tournament starting on Tuesday in Lexington and Nicholasville.

The girls team had an undefeated streak on Friday’s first day of the 10th Region Tournament in Campbell County with wins from Kamryn Richardson, Lakyn Griffith, and a pair of teams – Sydney Ely and Barbara Sheehan, as well as Settles and Lowe – the boys equaled the feat as Holden Bishop advanced – along with Prater – plus the duos of Hayden Cecil and Conor McGraith, and Andrew Carter and Gratz McCraith also came out on top.

On Tuesday, Lowe and Settles prepared to go for the region finals, while Prater – seeded at #2 – played as well.

While Settles and Lowe swept through competition en route to the championship game, Prater settled into the third game by scoring teb consecutive points following an early scare in which he fell down by three.

Prater finished as the region runner-up, while Settles and Lowe were crowned girls doubles champions of the 10th Region.

Unfortunately for GRC fans, despite a valiant effort, the #5 seeded team of McCraith and Cecil fell just shy of victory in a 14-16 loss during the tiebreaker portion of their match in the boys’ doubles tournament.

Seniors Richardson and Griffith saw their time in a Cardinals’ uniform end after being knocked out in close competition, while the team of Sydney Ely and Barbara Sheehan – who will both return next season – fell short as well.

In the super-tie break, fifth-seeded Holden Bishop came up just shy of victory, along with the tandem of Carter and McCraith.

Despite individual setbacks, both the boys’ and girls’ teams stood out by winning the overall 10th Region Tournament championship for the first time in school history thanks to the combined performance of each of the six players they sent to the tourney, the two teams were able to win via the point system and take home some gold.

Drawings for next week’s state tournament featuring Lowe and Settles, in addition to Prater, will be released over the weekend.