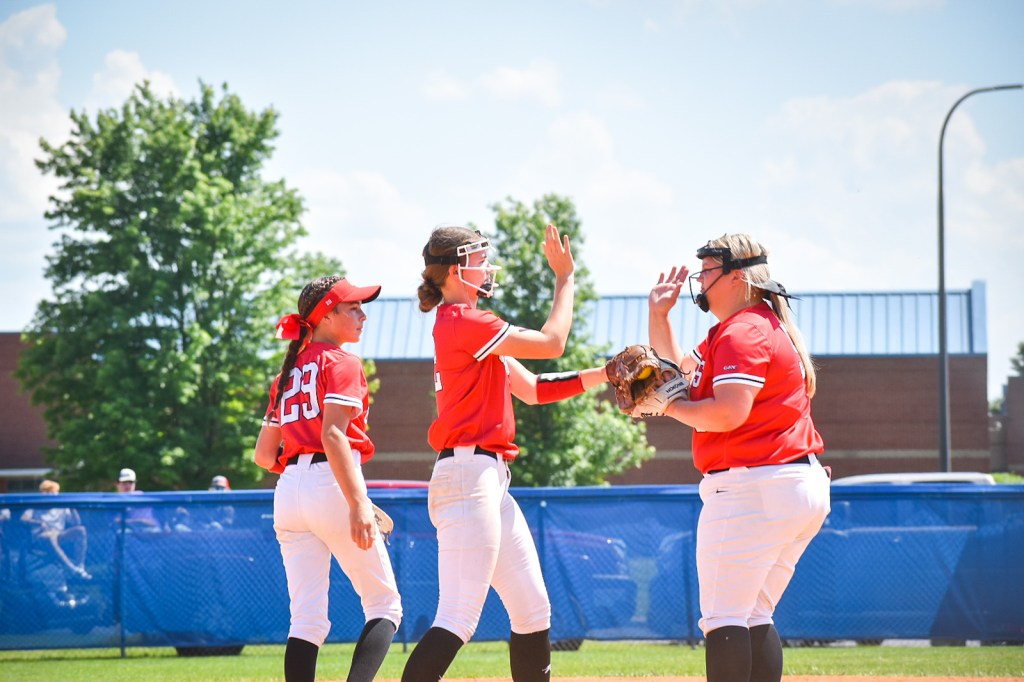 In the opinion of some, the Lady Cardinals of George Rogers Clark may have entered Saturday’s contest in Mount Sterling against Campbell County in the 10th Region Tournament opening round as underdogs, but they proved that anything and everything can happen in the postseason.

In a classic contest, the Lady Cards  survived with a 14-9, tenth inning victory over the Camels (16-11) to advance to the 10th Region semifinals, where they would end their season Monday afternoon with a 5-0 loss to Pendleton County.

In a game that featured 31 combined hits, the Cards’ Lilli Hill made a huge difference with a three-run homer in the top of the tenth to put the Lady Cards on top for good. GRC would drive in three more runs before the game was over, more than enough to overcome the one run scored by Campbell County in the bottom of the 10th.

The Lady Camels had been able to take the Lady Cards by surprise, scoring three runs in the bottom of the seventh inning.

However, Emily Schooler was able to hold the Camels’ offense silent in extra innings and earn the win.

On Monday, after the offensive melee that was Saturday’s contest, Pendleton County (20-9) was able to keep the Lady Cards at bay in a 5-0 loss that ended their season.

GRC was able to force the Lady Cats into nine strikeouts, but a five-run second inning from Pendleton County posed doom for GRC.

The Lady Cards ended their season over .500 with a 15-13 record, advancing into the 10th Region Tournament for the first time since 2019.

Along the way, impressive wins were notched against several teams – including North Laurel, Corbin, and in the aforementioned rematch with Campbell County.

Among several returnees next year will be Lilli Hill, Arrabella Guinn, and Sydney Miller.