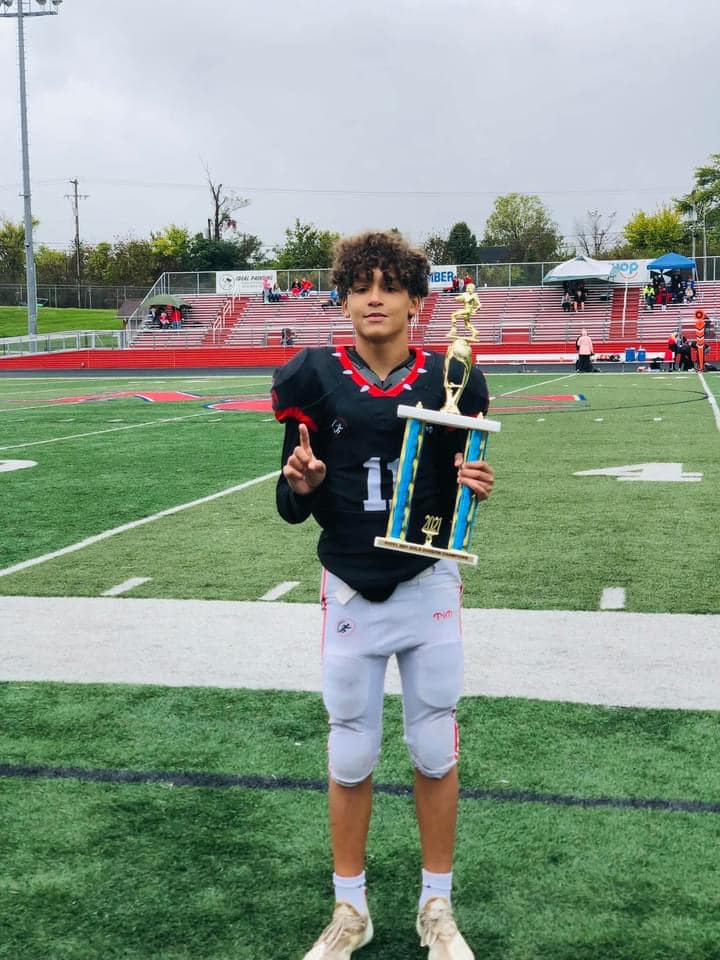 As many in the Winchester community are aware, 12-year old Kameron May was critically injured after falling from a second-story building in April.

While May continues battling his injuries in the ICU at UK’s Chandler Hospital and continues to show signs of improvement, youth basketball teams from Kentucky and from out of state gathered at Baker Intermediate School on Saturday and Sunday to raise funds to aid in his recovery at the Slammin’ for Kameron Rize N Hoop Classic.

Bo Harris, who has previously served as May’s basketball coach, organized and directed the tournament.

“I reached out to people in the community and they put teams together,” Harris said. “We got a team from West Virginia, a team from Louisville, and also a team from Paris [Kentucky] that

A total of six teams from Winchester participated in the event, with ten overall teams comprised of six groups of sixth-graders and four groups of eighth-graders. Each team paid a fee of $150 to enterthe contest with all proceeds going to support May’s family.

There were also a variety of vendors present.

T-shirts and rubber bands were sold by Clark County Youth Athletics. Dora’s Bling Boutique sold jewelry and clothes, among other items. A Sno Biz ice cream truck was set up outside of the school. The Kentucky Rampage Softball Team sold food looking to also help raise money for a trip to a national tournament.

“Everybody’s been very supportive, donated to the cause, [and] been very helpful,” Harris said. “It’s amazing how when a tragedy happens, it can bring the community together.”

May’s family continues to ask for thoughts and prayers from the community.