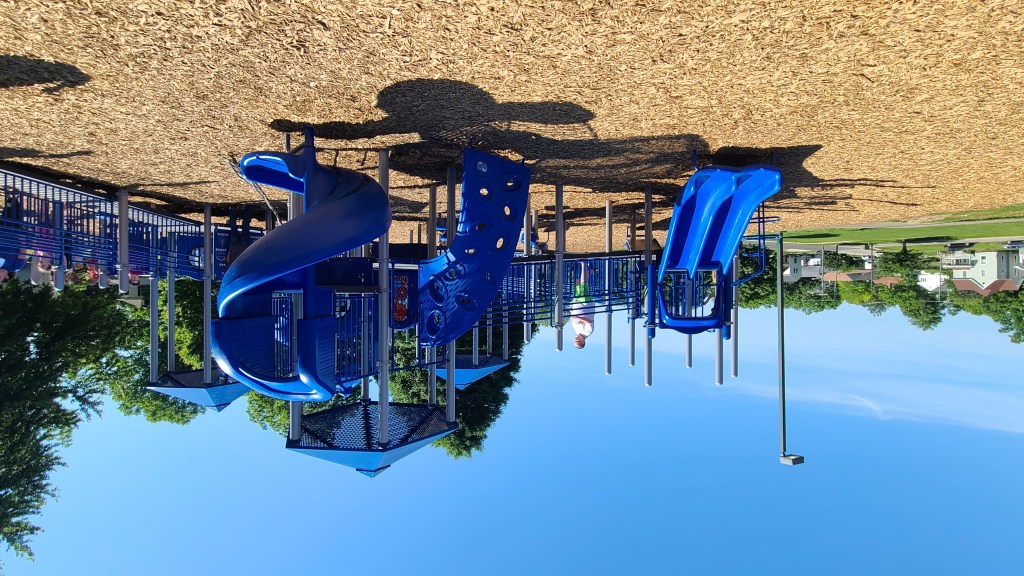 On a Saturday morning filled with goody bags, cotton candy and smiling children, a new dawn beckoned for local parks.

Parks director Jeff Lewis said that the upgrades could not have come at a better time.

The new playground pieces are fully made of metal and will last longer than their predecessors. They are also fully compliment with the Americans with Disabilities Act.

“The piece on the left, a wheelchair can go completely through it. There are things that are tactile and music goes with it,” Lewis said.

An ADA-compliant swing will be installed at the playground as soon as July but is currently on backorder due to supply chain issues.

Volunteers helped install the new equipment along with parks and recreation’s maintenance staff.

“We had a lot of people,” Lewis said. “Winchester Public Works. The fiscal court sent over Allan Curtis and his guys. They helped us lay dirt. Gary Hess, an individual who owns Hess Construction, he came and helped grade off a lot this on his own time. Bypass Rental, Clark Energy, DSM and Stuff Recycling came out a lot. Phoenix Academy–the kids came out and helped build.”

The improvements at College Park are just the first in a series of ongoing renovations residents requested that are going on in the area’s ten other parks that are being funded as part of a joint effort between the city and county governments.

“All of our resurfacing is getting done. All of our tennis courts and basketball courts in every single park, not just this one [College Park] … We have it in the budget for next year to finish up the small park playground. So within two years we will have new playgrounds and new equipment everywhere. A splash park is on the way,” Lewis said.

The improvements at area parks will make one thing that Winchester Mayor Ed Burtner best surmised.

“There is no sweeter sound than what you are hearing right now, children playing in a safe public park and having a good time,” Burtner said.