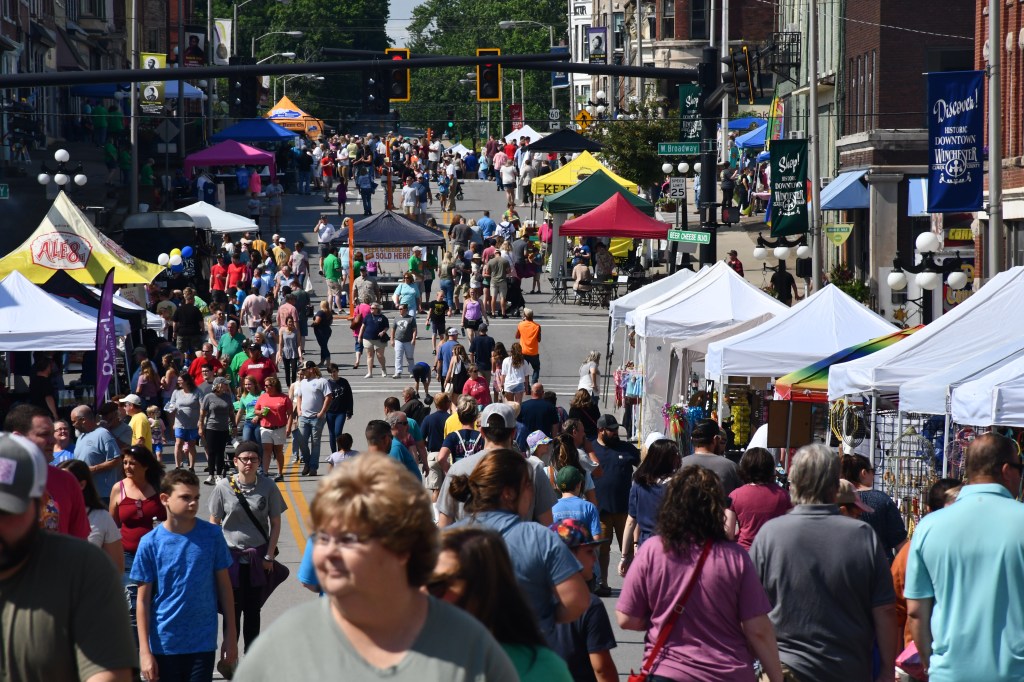 By the time 10 a.m. rolled around on Saturday morning in Winchester, Main Street was already beginning to be filled with fanfare.

Before long, hundreds if not thousands of spectators  filled the streets.

For the first time since 2019, Beer Cheese Festival took place in town – making its long-anticipated return.

As expected, dozens of food vendors were ready to participate in the competition – including returnees like Bootlegger Beer Cheese and Hall’s Beer Cheese, along with newcomers like Cajun Chef Chris and more.

“This is the premier event of the summer where lots of brands are out here,” said Kit Crase, Owner of Hall’s Beer & Cheese. “We’re proud to be one of them.”

While traditional beer cheese was on the menu among the vendors, other flavors such as tacos, pizza, barbecue, smoked meats, and more could be found throughout the lines.

Yet, that’s not all.

Vendors offering drinks such as Ale-8, who also served as a sponsor for the event, were present, along with those providing sweet treats, ice cream, and more.

A bevy of non-food and drink vendors were present as well, offering conveniences such as pottery, jewelry, t-shirts, soaps, and much, much, more.

The event was graced by many first-time visitors, along with veterans, and individuals coming back for the first time in a while.