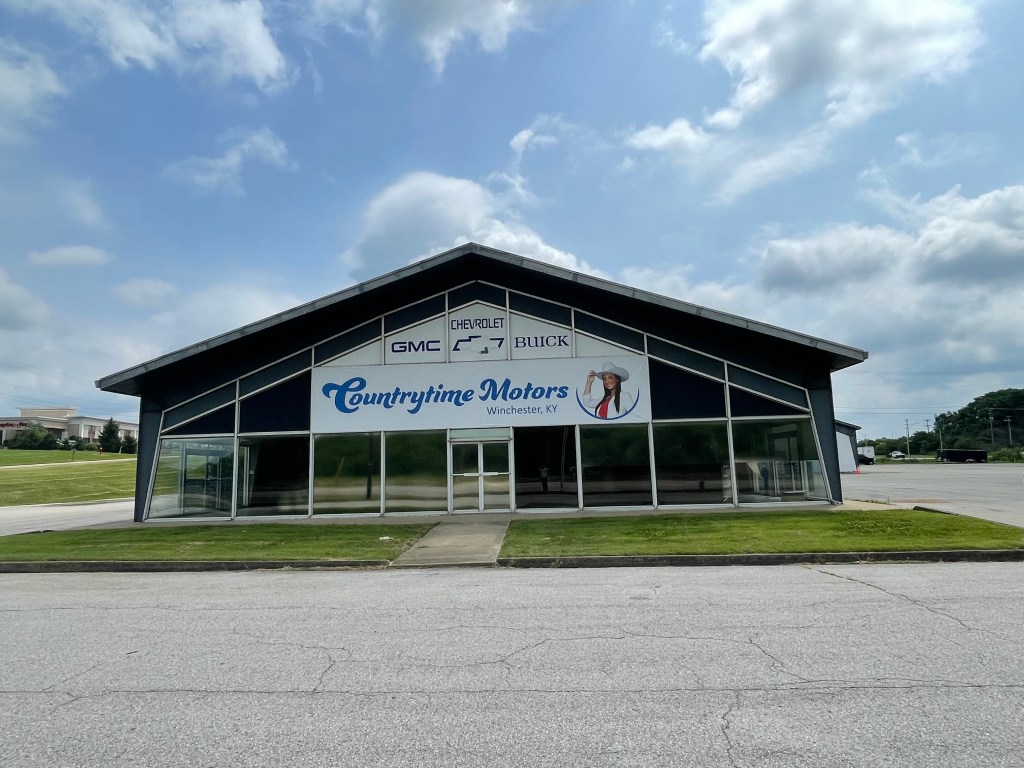 Winchester and Clark County Residents will soon have a new local choice from which to purchase an automobile.

Countrytime Motors, operated by Hayes Automotive Group, will soon open up a pre-owned vehicles dealership geared toward serving those in and around the Winchester area at a location off of Early Dr.

“We have owned that property since [approximately] the 1950s,” said Lara Early Thornbury of Block+Lot Real Estate, who also served as the leasing agent for the transaction. “We’ve loved that property and want to see people come to Winchester.”

Hayes Automotive Group presently owns five dealerships – two in the Louisville market, two in Nashville, and one in the Evansville, Indiana area.

Larry Oldham, who will serve as the general manager and operator at Countrytime Motors, sees big plans in the making for Winchester.

“We’re going to start it off as just a pre-owned used car lot, with the hope of adding a franchise later,” said Oldham, a long-time employee of Hayes Automotive Group who came out of retirement to return to the car business.

Not wanting to move again, Oldham’s experience helped him determine that the location on Early Drive offers an ideal place for a dealership.

“It’s the first exit when you come off Mountain Parkway, so you have access to all of southeastern Kentucky,” he said. “ I think there’s just [a] great opportunity there. People don’t have to drive to Lexington to buy a car.”

While Hayes Automotive Group offers dealerships in a number of different makes – including Ford, Nissan, and Dodge – they look to carry on tradition from the local region.

“This [had] been a Chevrolet dealership for many years, and so we’re probably going to focus mostly on Chevrolet,” he said. “I’m sure there’s clientele that still exist that are Chevrolet customers, so we’re going to make sure we have at least a good portion of our stock in that brand.”

In addition to automobile sales, Countrytime Motors will be equipped with a service department along with also offering financing opportunities and more.