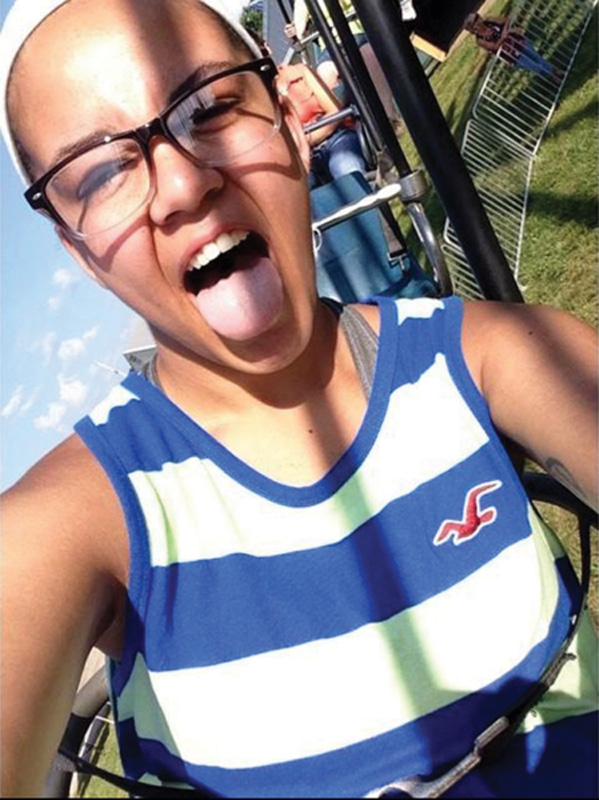 Shanece Sullivan (above) will be remembered during a softball tournament in her memory, hosted by Skye Skinner to help show people the purpose of life. (Photo submitted)

Shanece Sullivan loved sports, especially softball, and since 2018 her sister, Jasmine King, and best friend, Skye Skinner, have organized a tournament in honor of her life–which was tragically cut short six years ago.

“We originally started this event for my sister who committed suicide in 2015. She played softball for GRC so that is why we started the whole softball thing,” said Jasmine King about Saturday’s Shanece Sullivan 4th Memorial Slow Pitch Softball Tournament.

Two vendors, Dora’s Bling Boutique and The Craft Box, will also be at the grounds. For any attendees seeking a sweet treat, Southern Snowballs and Sierra’s Sweets, will have them covered

In addition to the softball games there will be a free kickball tournament for children, face painting and inflatables.

Concessions sold during, donations and any other proceeds from the tournament will go toward funding a good cause, the Break the Stigma Scholarship.

The scholarship recipients have not been chosen and any recent GRC grads looking to apply may contact either King (859-684-2813) or Skinner (859-595-5934) for more information. The deadline to submit an application is July 1.

King is sure that Shanece would be thrilled about the tournament that is held in her honor and tries to remember her sister for who she was.

“She was sweet and she was loving. Sometimes I think that she was too caring,” King said.

The event has evolved into a memorial to remember others who took their own life as well.

“Each year we find other people who did the same thing as her – committed suicide – so we honor other people or we reach out to other people to raise awareness in the community,” King said.