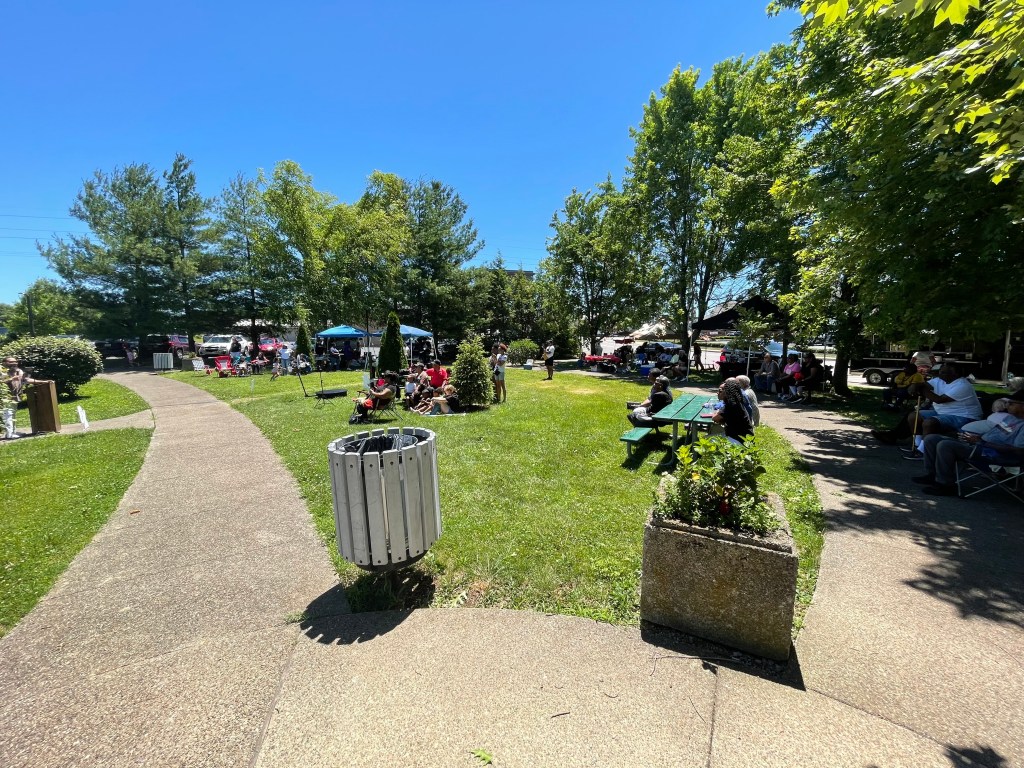 For just the second time in American history Juneteenth was honored as a federal holiday.

“We just like to celebrate this day, so we can pretty much do whatever we want to do and let the younger folks know that they’re able to speak, say, and do what they want to do,” said Jacquetta Hudson, the president of the committee.

Juneteenth honors the occasion when on  June 19, 1865, Major General Gordon Granger and 2,000 Union troops marched into Galveston, Texas, to announce that all enslaved African American people were free. The holiday has been celebrated as the nation’s second independence day in the Black community for decades and became a federal holiday just last year.

The event at Heritage park featured a speech by Kenny Clay of Kingdom Hall Fellowship that commemorated the historic day. There was also food and vendors that were enjoyed by those in attendance.

Notably, a number of educational resources were also present to inform others not only of African American history throughout the nation, but also in the local area.

For example, at a time when there were more restrictions on business opportunities for both females and people of color, Winchester resident Fanny Cole overcame the odds and operated a grocery store that included products such as  Fanny Cole’s Beer.

“She lived on West Broadway [Street],” said Joyce Morton, the founder of Winchester Black History and Heritage Committee. “The buildings, her house, [and more] were right there where CVS used to be.”

These informational tools are in line with the mission of the Winchester Black History and Heritage Committee.

“Our first teachings were, ‘If we don’t tell them, they will never know’,” Hudson said. “There’s so much to know, and so much to still learn for us and our young folks.”

While improvements have been made, there’s always room for growth.

Along with acknowledging the significance of Junetenth, Clay preached a message of togetherness moving forward.

“It’s a blessing to know that we live in a country that’s pro-freedom, but it doesn’t remove the issues that we have in hand,” said Clay. “Hopefully, today will actually bring a greater awareness of the issues we must deal with in our community through unity.”