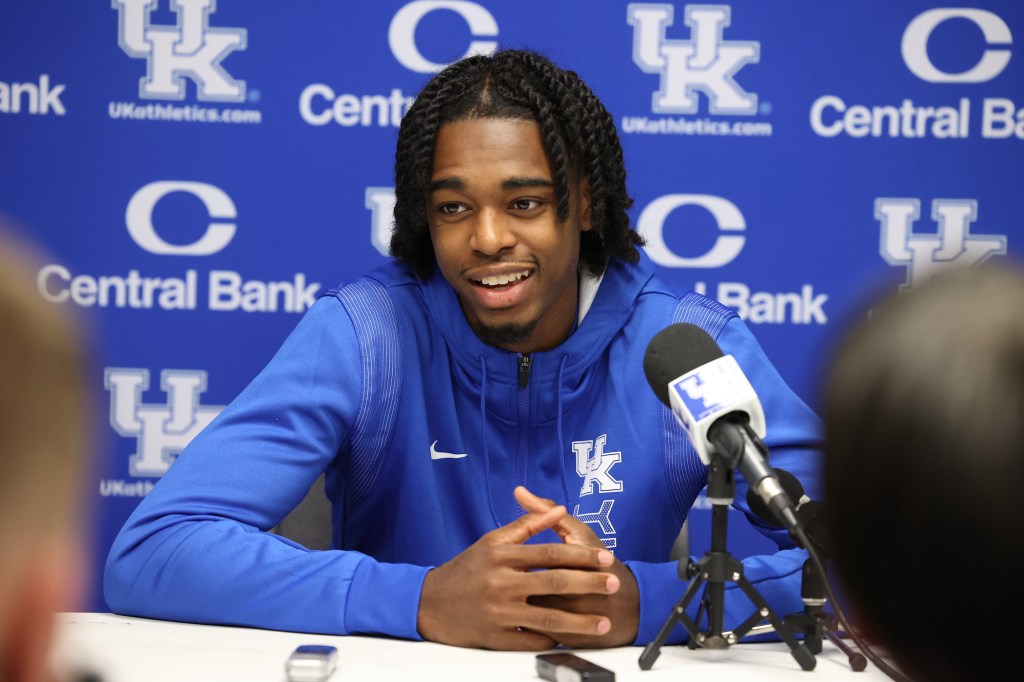 Illinois State transfer Antonio Reeves says he has been a Kentucky basketball fan his entire life and knows plenty about UK’s NCAA championships and former Cats playing in the NBA.

He came to Kentucky for one reason.

“Just wanted to first win a national championship,” he said. “Surround myself with really good players, and just grind every day in practice and make myself better.”

He admits he never imagined himself getting to play at Kentucky even after averaging 20 points per game last year when he shot nearly 40 percent from 3-point range.

“I want to thank God for that. He just laid things out in my life. It just came [through] the grace of God,” he said about his transfer to Kentucky.

Known for his shooting, Reeves also noted he thinks he can add value with his ball handling, defense and rebounding. He also thinks his athleticism might surprise some.

“Coach Cal knows I can shoot. He knows I can facilitate for the team and be a leader,” Reeves said. “People don’t really know I can jump. I definitely want to show that I have the ability to get up and dunk the ball.”

However, he knows providing outside shooting is what got him to Kentucky and what he will be counted on most to deliver.

“I’m very confident in my shot. I work on it all day, every day. I am not really pressured about it (making shots) because that was my role at the last school I came from — to make perimeter shots. I’m comfortable being in that situation.”

“He’s pretty goofy, kind of funny. He’s always a joy to be around for sure. On the court, he’s a really good player,” Wheeler said. “He can do everything on the offensive end.

“He’s really unselfish. He can shoot the ball. He makes plays for others (rather) than himself. He’s going to be a really really good addition for us.”