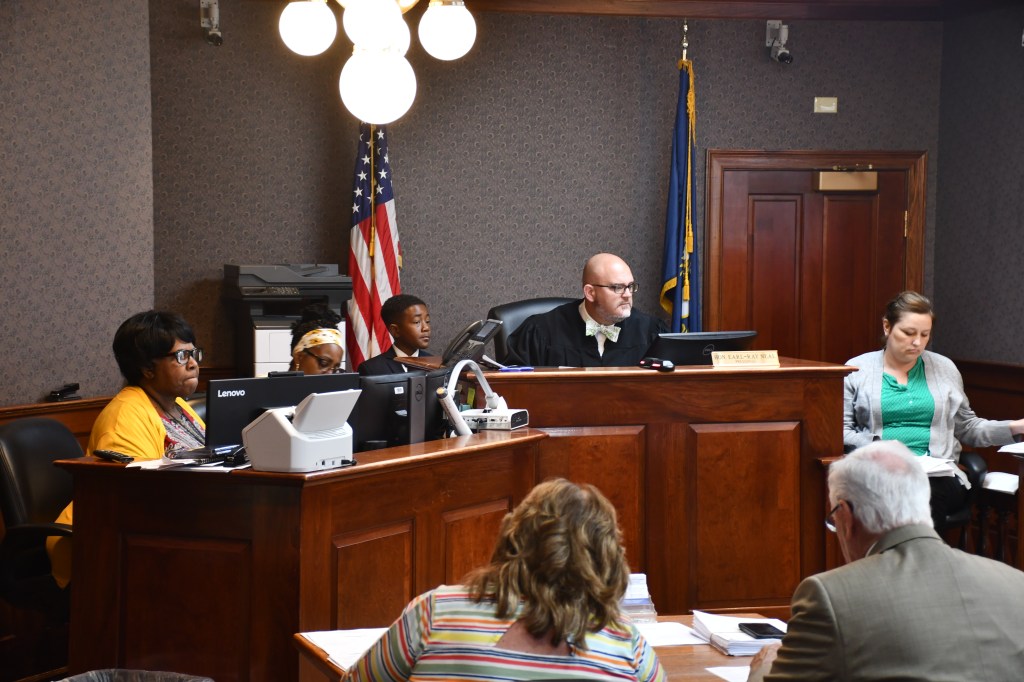 For youngsters envisioning what the adult world must be like, opportunities to step into said world might seem hard to come by.

But 10-year old Armanti “Iggy” Oldham had such a chance come his way.

“I had fun,” said Oldham. “I heard an arson case [among others]. I learned not to be bad, because bad can get you in trouble.”

The somewhat improvised get-together was far from planned out in advance, as Judge Neal and Oldham had only met one day before.

A frequent visitor to the event, Neal came across Oldham.

“He was just the most respectful young man that I’ve encountered in quite a while,” said Neal. “He had an interest in the law. I said, ‘Why don’t you wear [a tie] and you can sit with me and do the preliminary hearing docket?’, and that’s exactly what he did.”

Oldham has accompanied his grandmother to her job site previously – often speaking with the bailiffs – and started his day at 9 a.m. before leaving at around 12:30 p.m. to enter the courtroom.

“He’s always liked policemen and said he [wants] to be a policeman when he grows up. Maybe he wants to be a judge now, or at least a lawyer,” said Miller somewhat in jest. “There’s a positive part to being a police officer.”

Along with hearing different cases, Oldham was introduced to other aspects of the job by Judge Neal, who explained processes such as waving cases to the grand jury.

“Preliminary hearings are felony cases over which the district court exercises jurisdiction until probable cause is found to bind it over to the grand jury,” Ray said. “Those are the cases that we heard today.”

For Ray, this was not his first time having a guest on the bench as students and other citizens have previously accompanied him.

However, he hopes that this once-in-a-lifetime experience for Ray will stay with him.

“The most rewarding part of today is giving Armanti a memory that will last forever, and him having the ability to sit on the side of the bar that I’ve sit on for many years and see the process from a unique perspective,” Neal added. “He’ll never forget it.”