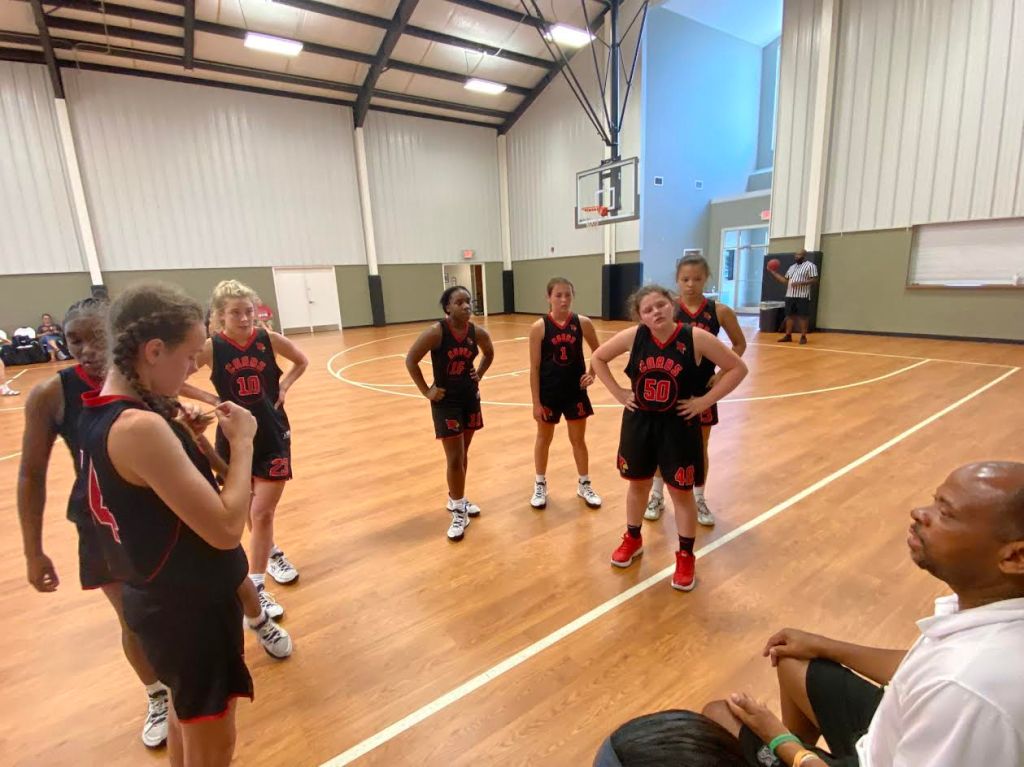 Amidst the summer heat, the state championship-winning Cards and elite eight finalist Lady Cards of George Rogers Clark High School are determined not to go cold after respective successful seasons.

While school is out until the fall, both squads are staying active on the summer hoops circuit.

The Cards advanced all the way to the finals, defeating last year’s Region 1 champion Murray High School in route before falling to Region 7 power and two-time state champion Louisville Trinity.

“Obviously, we’d love to have the same goals in mind to be able to go and win Region, play in Rupp Arena, and give ourselves a chance to chase a state title again,” Head Coach Josh Cook said. “For us, we’ve got to find our own identify as well, and understand this is a process. This has the chance to be a really, really good team, but also understand that it’s a different team.”

Not to be overlooked, the Lady Cards were at both Northern Kentucky University’s Team Camp this past week, as well as the University of Louisville women’s basketball team camp.

Among others, Northern Kentucky University Women’s Basketball Coach Camryn Whitaker was in attendance.

“It’s going well,” said GRC Lady Cards Head Basketball Coach Robbie Graham. “I feel like the kids are improving. Our young kids are getting some valuable minutes on the court, and we’ve seen some progress with that.”

Both teams have come out strong and shown development throughout the summer, in preparation for what they hope will be another noteworthy winter and spring.