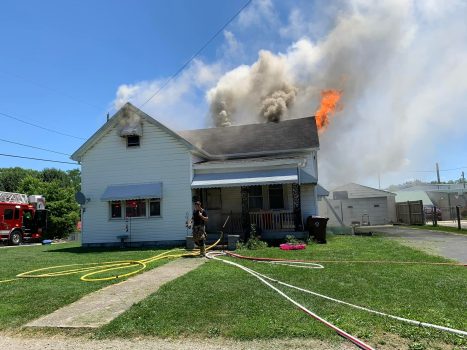 Firefighters responded to an advanced structure fire Wednesday afternoon, putting out the blaze in approximately one hour.

On Thursday, a fire at a Winchester residence caused the evacuation of one human resident and 23 of their four-legged friends.

The Winchester Fire Department received a call at 1:08 pm from a home at Pendleton St.

When units arrived, they were met with heavy fire conditions, and a dark brown color indicating that not only the contents of the home, but also the structure itself was on fire. The fire was in an advanced stage by the time personnel arrived.

Clark County Fire Department was present as well to provide mutual aid, and – because all Winchester crews were utilized – Lexington Fire Department responded to cover the city for a period of time.

After one individual was removed, fire crews evacuated 22 of 23 dogs that resided at the home. One dog initially was left unaccounted for, though has been safely located since the time of the accident.

While firefighters were able to reach the second floor, the layout and other design features in addition to excessively warm outdoor temperatures created challenges. The ceiling had collapsed before entry.

“Overall, it was a difficult fire to extinguish,” said Winchester Fire Chief Chris Whiteley. “We had to transition from offensive to defensive a few different occasions over the course of about 60 minutes. Once we were able to get the majority of the fire knocked down, we went in and did some overhaul, salvaged as much personal items as we could, [and] ensured that the resident had a place to stay.”

An investigation has begun as to the cause of the fire, with results still pending.

No injuries have been reported. 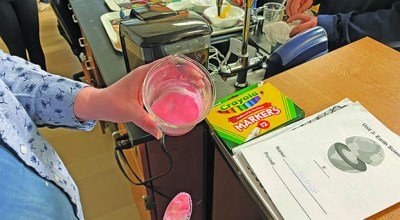