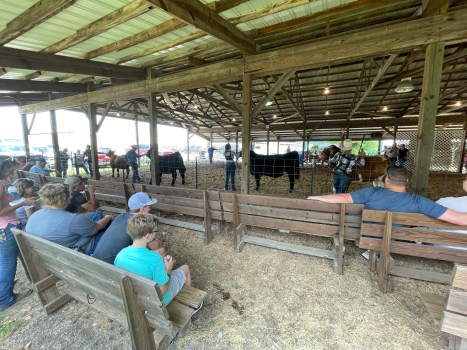 Different livestock are shown as a part of the District Beef Show at the Clark County Fair on Saturday afternoon. 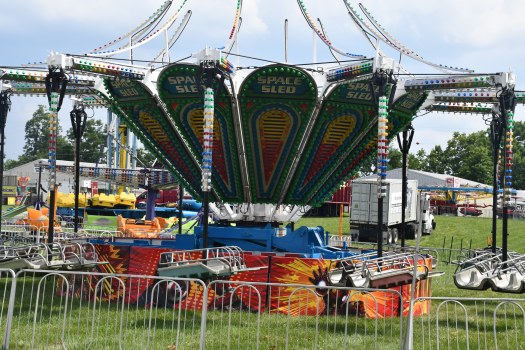 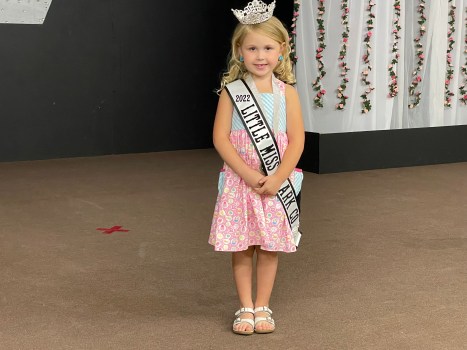 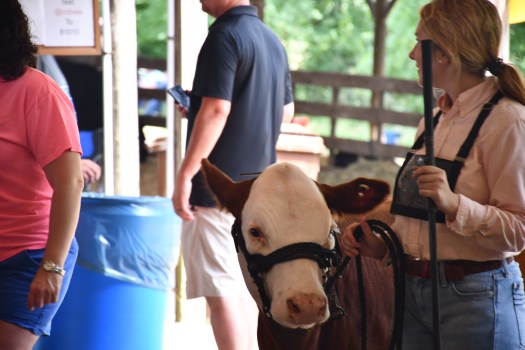 The county fair started off on Saturday with beef shows! - Photo By Matt Cizek.

When the heat of the summer arrives Clark Countians know a fair tradeoff is in the works because summer means the arrival of the Clark County Fair.

The fair kicked off on Saturday with both beauty pageants and beef shows featuring top-notch cattle took place at the Clark County Fair & Horse Show Fair Grounds located off of Ironworks Rd.

“I like going to the shows, and I like to see my kids going to the [beef] shows with their heifers,” said Josh Adams of Nicholasville, whose sons Owen and Noah Adams competed in the evening’s Fair Beef Show.

Early in the day, the fair started with a District Beef Show featuring cattle from throughout the state. The event was sponsored by the Kentucky Department of Agriculture.

The Fair Beef Show includes cattle from the surrounding areas.

Among the competitors was 14-year old Will Beckley of Beckley Heresford Farm in Estill County, whose bull would go on to win the first-place, Supreme Overall Award.

“I’m here so I can qualify my steer for the Kentucky State Fair,” he said. “Most [animals] are experienced but my little heifer is not.”

By definition, a heifer is a female cow that has yet to have offspring, while bull and cow are two separate categories.

According to Sammy Ayres of DC Cattle Co. in Winchester, a 51-year veteran when it comes to raising livestock, cattle are primarily judged on a few criteria.

“They’re judging them on confirmation and structure,”Ayres said. “Cattle are supposed to go out here and graze some pretty rough ground, so you need cattle that can move freely. There’s a certain product you can put in their hair, it gives them condition, and makes it go the way you want it to go.”

When it comes to beauty pageants, Saturday was just the start of what will be a busy week.

Baby pageants for Div. A&B, a Duke & Duchess Pageant followed right away by the Prince & Princess Pageant, as well as the Little Mr. & Miss Pageant before family and fair goers alike.

The range in ages of contestants is from newborns to 7-year olds.

“We like to try to get the personality out of the child,” said Melissa Burkhart, Director of Pageants for Clark County. “We try to make sure that they’re up there judged on their casual wear, personality, best smile, most hair, [and] those types of things.”

Among winners in the event was 5-year old Kennedy Danielle Sawyers, who took home the 2022 Little Miss Clark County Award.

“Actually seeing the kids get on stage when they’re nervous and then seeing their personality and their smiles, it’s really a great feeling,” Burkhart added.

Beginning on Tuesday of this upcoming week the carnival will open featuring rides from Casey’s Rides, Inc.

The fair closes on July 2.