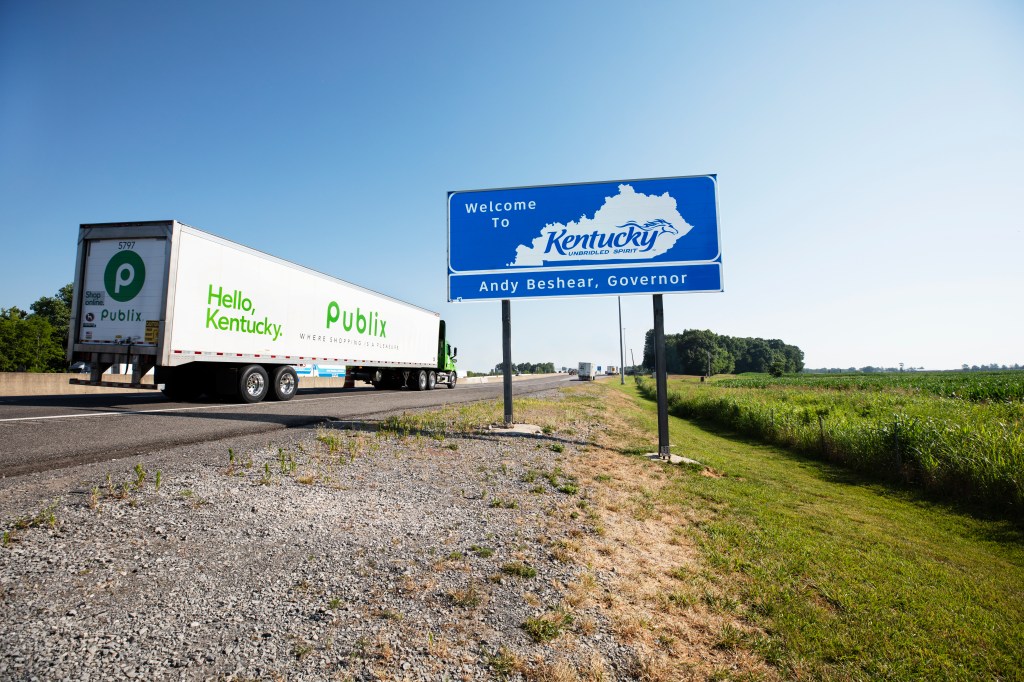 Publix announced in a news release that it has signed a lease for its third Kentucky store location at The Fountains at Palomar, which will be located at the northwest corner of Man O’ War Blvd. and Harrodsburg Rd.

The location will feature a 55,701-square-foot store with a drive-thru Publix Pharmacy and an adjacent 3,200-square-foot Publix Liquors. The store will be the company’s first in the city of Lexington. It is expected to open in the fourth quarter of 2024.

Social media rumors in early April said that the company was planning to build a store in Brannon’s Crossing in Nicholasville. City and company officials quickly quashed the whispers.

Publix broke ground on its first store in Louisville last week. The store will located at the northwest corner of Terra Crossing Blvd. and Old Henry Rd.

“It’s an exciting day for Publix Super Markets as we break ground in our eighth state,” said Publix CEO Todd Jones. “When our founder, George Jenkins, opened the first Publix store, he wanted to create a better grocery store — one that kept associates and customers top of mind. More than 90 years later, we’ve kept true to our values, including supporting the communities in which we live and work. We look forward to sharing the Publix difference with Kentuckians.”

In late 2021, the company announced a second Louisville location at the northeast corner of Ballardsville Rd. and Brownsboro Rd. The location, expected to open in the first quarter of 2024, will feature also feature a drive-thru pharmacy and an adjacent liquor store.

Kentucky will be the chain’s eighth state of operation.