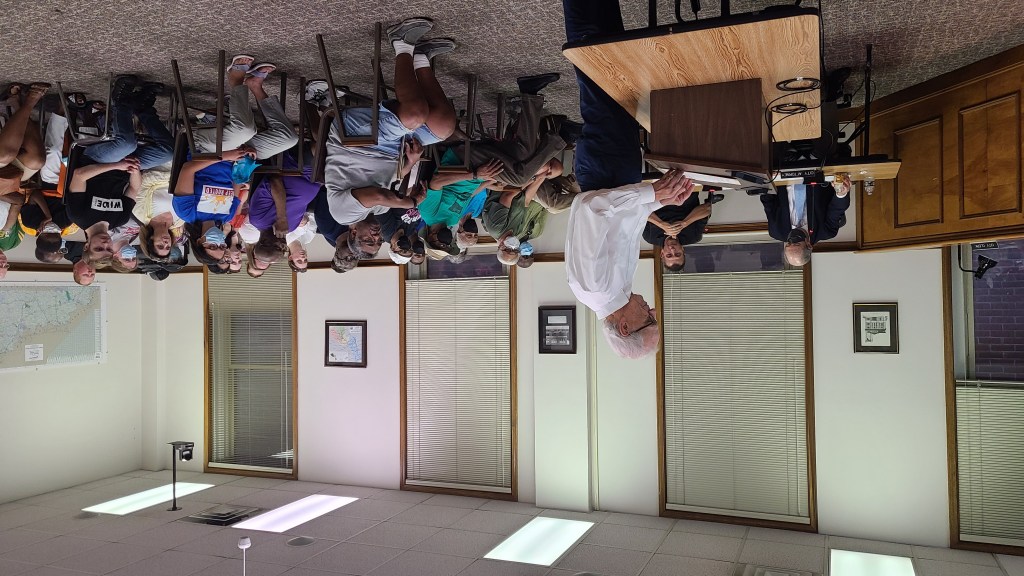 Local historian Harry Enoch proposed a resolution that was adopted by the city board of commissioners during last week's meeting. The resolution calls for local government to recognize past racial intolerance and to work forward for racial harmony in the community. - Photo by Warren Taylor.

The Winchester Board of Commissioners passed a historic resolution resolving its commitment to racial harmony in the community during its meeting last Tuesday.

The resolution was proposed by local historian Harry Enoch during the time reserved for public comment.

“Whereas, racism, racial and ethic discrimination and intolerance threaten human development because of the obstacles which they pose to the fulfillment of basic human rights to survival, development, and social participation.

Whereas, thousands of Africans and their descendants were enslaved in Winchester and Clark County from 1775 to 1865.

Whereas, in 1860 prior to the Civil War forty-two (42 %) of the population of Clark County was enslaved, and Black people bought and sold at the Clark County Courthouse.

Whereas, following Emancipation, injustices against African-Americans continued with outbreaks of violence, lynchings, racial segregation and discrimination.

Now therefore be it acknowledged and resolved by the Winchester Board of Commissioners and the Clark County Fiscal Court:

1. Slavery and segregation are fundamentally inhumane, unjust and abhorrent to the principle that all people are created equal.

2. Much progress toward racial equity has been made in our country and community.

3. All forms of racial and ethnic discrimination are ever to be opposed in our continued advancement toward equality and a more perfect union.”

The resolution’s adoption was met with thunderous applause from those gathered in the audience. It will be submitted to the fiscal court in the near future.

During its regular meeting the board voted to join a committee to revise the Main Street Winchester program after over an hour of input and discussion with downtown business owners.

At the previous commission meeting on June 7, the board heard a proposal authored by businessman Chad Walker that had has six different components and in its presents form would see: the city withdraw from the Kentucky Main Street Program, the city dissolve the executive director position, the city contribute $75,000 for a ten year period to the reorganized MSW per year, the organization’s bylaws and program area be redefined,the Downtown Development Investment Fund (DDIF) have more specific parameters for who could sit on its board, and MSW would become an independent 501 (c) (3) non-profit organization that would hold and manage a separate bank account while still reporting about its financial activities to the city.

The Sun will have more on this story in a future issue.