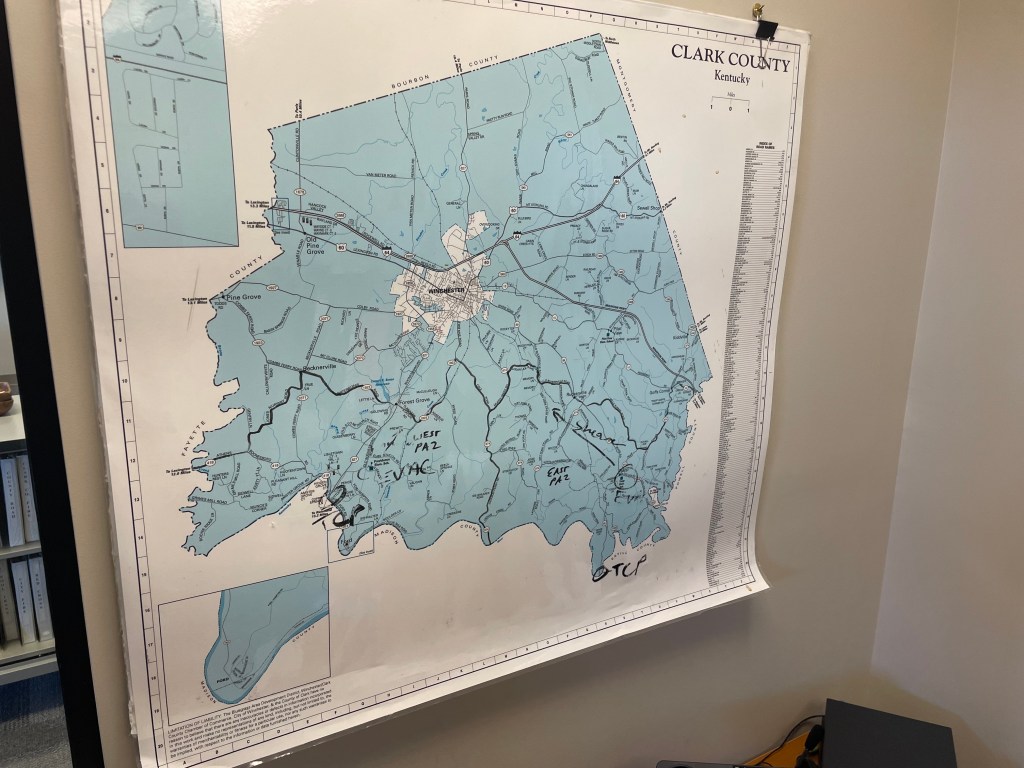 At one point, nine states – including Kentucky – had a storage site responsible for the nation’s chemical weapons stockpile of mustard agents, VX, GB, and more.

CSEPP, which stands for Chemical Emergency Stockpile Preparedness Program, holds an office in Clark County off Maryland Ave. dedicated to the task of removing such chemicals and preparing in the unlikely yet troublesome event of an emergency.

“We treat it as though it was a real event, so that we would be prepared should there be a real event and know how to handle it,” said Perri Wilson, Director of Clark County EMA/CSEPP.

In what’s been described as “The War Room” inside the building, a number of entities and agencies would gather together to help perform operations during a stockpile fire. These individuals include the city manager and mayor, public health director, sheriff, and many more.

While federal resources provided by the US Army would help track a plume in the event of a fire, Federal Emergency Management Agency representatives would be tasked with monitoring the process to ensure all matters are handled accordingly.

Areas across several counties would be affected – some more than others – including Clark, Estill, Fayette, Garrard, Jackson, Powell, and Rockcastle. They make up the Protective Action Zone.

So far, the process to remove chemicals has been effective – with mustard agents completely destroyed by September of 2021, and the plan being to have the whole job completed by 2024.

“When those chemicals are gone, we’re done,” Wilson said. “This will become the property of the county. We’re going to choose that, because otherwise you would pay the government in full for what the building costs.”

It’s a job nearly 40 years in the making, since Congress first decided that the aging chemicals needed to be removed in 1984, and began the demilitarization process.