Building on East Broadway to be demolished 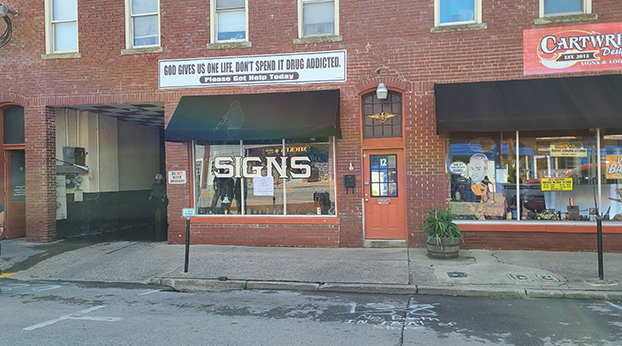 A building damaged in last October’s historic downtown flooding is getting closer to demolition.

The city of Winchester purchased the building in late May on East Broadway St., known locally as the Cartwright Building, that has been condemned since last fall when flood damage to its foundation made it a public safety hazard, according to building inspectors.

And Tuesday, the Winchester Board of Commissioners got a report on the building’s impending demolition.

“We got two bids both times that we bid the project,” said Winchester City Manager Mike Flynn. “We bid it initially, went back, and saw that there were some potential discrepancies on quantities with the materials, so we wanted to make sure that everyone had a fair opportunity.”

The estimated low bid for the project is $1.14 million.

The process continued following the official sale of the building to the city of Winchester, a deal which closed on May 28 of this year.

“This is not your typical demolition of a building,” said Flynn. “There are adjacent structures that have the potential to be impacted with [decommissioning] of this building, and we’ve got to take the measures that are necessary in order for that building to be taken down in a manner to which we do not disturb the property owners or cause property damage to somebody else while ensuring safety.”

Brian Ward, project manager and consultant from Palmer Engineering, was present to point out some features and peculiarities of the structure.

For one, the elevation of the ground compared to the roof is unique – as it appears to be on an uphill surface, and that will require some unique approaches to hold the wall up while completing the work itself.

It’s the lowest area around.”

The city dismissed various other options, such as stabilizing the H-piles and removing only the front part of the building while dealing with the culvert in that region due to financial reasons and structural concerns.

City officials do not expect the traffic flow down Broadway St. to be significantly impacted by the demolition project.

“With the current construction plan that we have in place, it would be minimal. The impact would be probably be more to the parking areas,” said Flynn. “[I’m sure] there’s going to be a time where we may have to shut it down for a very short time because they have to move or do something, but our goal is maintain two-way traffic through there at all times during the course of construction. We’re hoping that the traffic impacts will be minimal.”

Each project step has been carefully measured according to Flynn.

“We don’t think we’re missing anything. It’s just a very, very detailed demolition project,” Flynn said. “It’s got to be taken down brick by brick in order to limit any possibilities of any damages,” Flynn said.