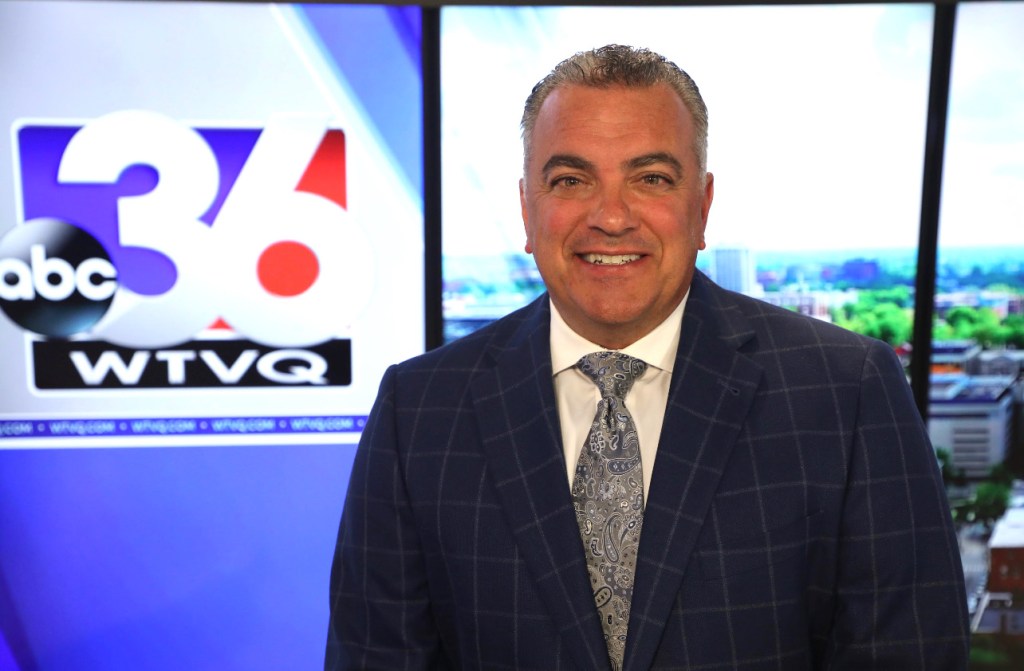 As soon as she became news director at WTVQ-ABC 36 in Lexington, Miranda Combs’ motto was to do big things and look for big personalities for the news staff.

The station needed a sports director and Combs had conversations with former University of Kentucky football player Jeff Piecoro, who is also the UK Radio Network football analyst.

“The talks were not too serious and then he said, ‘This is something that needs to happen.’ We could not believe it. It was a gift he was willing to do this,” said Combs. “He is known all over the state for what he does with Kentucky football and the Cincinnati Reds. We feel very lucky to have Jeff.”

Piecoro has been the UK football analyst working with Tom Leach since 2002. He also hosted pregame and postgame TV shows for the Cincinnati Reds on Fox Sports Ohio for 24 years. Since 2015 he’s also called women’s basketball and baseball for the SEC Network. If that’s not enough, he’s also worked both the Kentucky Derby and Breeders’ Cup.

Piecoro, 59, worked at ABC-36 in 1985 when he was hired by Kenny Rice. He was a receiver on the 1984 UK football team that finished 9-3 won the Hall of Fame Bowl for coach Jerry Claiborne.

Combs said Piecoro “took care” of making sure he could continue as UK Network analyst as well as work for the SEC Network.

“Obviously he will still be working with UK football and will be gone some for that,” Combs said. “Reporters Chris Bolton and Sara Cardona will anchor when Jeff is not available.

“He wants to spread out our coverage. He wants to cover EKU (Eastern Kentucky University), and cover a lot more sports in the state. We know there is more than just UK. Jeff will help us with some great UK coverage with his inside knowledge but he’s also going to help us with a lot of other great stuff. It’s just a match made in heaven for us.”

Combs said Piecoro immediately told her he wanted to learn how to edit video as well as shoot video.

“He’s going to do more than just anchor. He wants to be a total part of the team and to have a person of that caliber and experience coming in willing to do that is great for our staff and viewers,” Combs said. “I do worry he does not yet realize how big the job will be because we are committed to growing.”

Combs has made several other personnel moves recently and said more surprises are still coming.

“But getting Jeff lit my phone up like it has never been in my career. This is the biggest get we have gotten and he’s going to do so much not only for our Kentucky coverage but our overall sports coverage in the state,” Combs said.