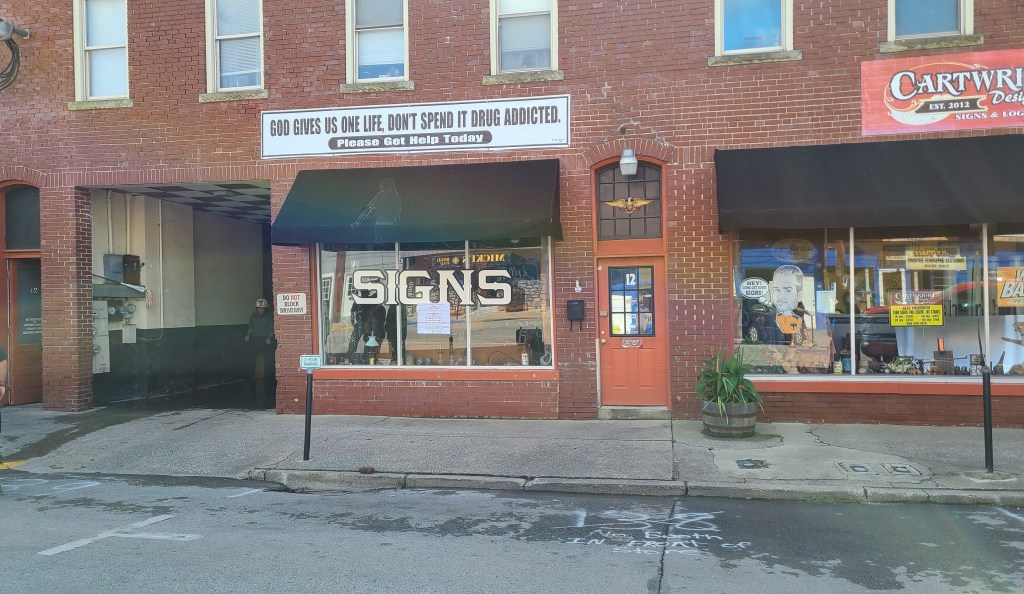 A condemned Winchester building now has a targeted demolition date.

The building on East Broadway Street, better known locally as the “Cartwright Building,” is tentatively scheduled for demolition right after Labor Day per discussions at Tuesday’s Winchester Board of Commissioners meeting.

“It’s very approximate at this point … The plan is to start the project after Labor Day”, City Manager Mike Flynn said. “Start that at mid-September, late September, [or] beginning of October, and you’re probably looking at the beginning of the year before the building is totally on the ground.”

The start date depends on factors such as how long it takes for concrete pours to meet typical requirements and specifications.

A bid of $1.14 million by Sunesis Construction Company out of Butler County, Ohio, was accepted for the project.

“After talking to anyone that we could get an opinion from that had experience in this type of work, and with the existing economy that we’re in, while it seems high, it’s probably in line with what would be expected in bids of these types in the environment we are in,” said Flynn.

Structural engineering and related services will be provided by Palmer Engineering, while Poage Engineers & Associates out of Lexington are to serve as their sub-consultants.

Geotechnical consultants will also be on hand for tasks such as concrete testing.

The building, formerly the home of Cartwright Designs, has been condemned since October after historic flooding damaged part of its foundations. The city purchased the building from Wes Cartwright in May.

The board also discussed changing Wall Street from a two-way traffic street to a one-way street traveling south between Lexington Avenue and Hickman Street.

However, no vote was taken, and no motion was approved.

Citing numerous complaints that people turning from Wall Street onto Lexington Avenue face a very narrow turning radius and noting the presence of a fire hydrant, an engineering advisor for the city of Winchester recommended that Wall Street becomes a one-way street from Lexington Avenue to Hickman Street.

The CVS Pharmacy across the street was mentioned to be okay with the order during the discussion , but nearby Humble Plumbing Supply suggested adding a right-turn sign at Lexington Avenue while maintaining the street’s current designation as a two-way traffic flow.

A vote was deferred, with Winchester Mayor Ed Burtner asking for the Winchester Police Department to look at the matter and make a recommendation based on how it might affect traffic control and movement.

Commissioner JoEllen Reed mentioned that more than one business owner had called to suggest a right turn sign.