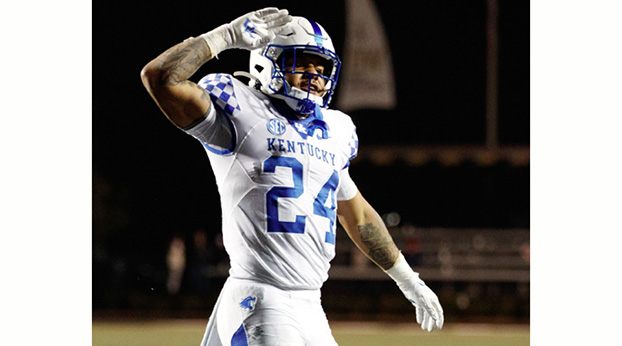 Rodriguez  pleaded guilty and agreed to pay a fine and court costs from his arrest on May 8 last month. Rodriguez agreed to pay a $200 fine and $700 or more in court costs, both of which have to be paid in full by December 13. His driver’s license will be suspended for four to six months. Rodriguez was arrested at 3 a.m. on May 8 and was charged with driving under the influence and careless driving.

“Chris is in Lexington, working hard,” Stoops said Wednesday. “He’ll continue training and getting ready and I really don’t have any other comment at this point.”

According to the arrest citation, the vehicle wasn’t “maintaining its designed operating lane” and it took a “delayed amount of time” for the vehicle to pull over. Rodriguez was observed with “red and watery (eyes and) his speech was slurred” and smelled of alcohol. He was arrested and admitted to consuming “one or two shots” of alcohol. At a pre-trial hearing on July 5, he pled guilty to operating a motor vehicle under the influence.

During the off-season, the Wildcats added Sam Houston State transfer Ramon Jefferson and Dee Beckwith (Tennessee) as a possible backup plan in the backfield this season.

Stoops said Wednesday both players were added to bolster the team’s depth at the running back slot.

Keith Taylor is the sports editor for Kentucky Today. Reach him at Keith.taylor@kentuckytodaycom and via Twitter at keithtaylor21