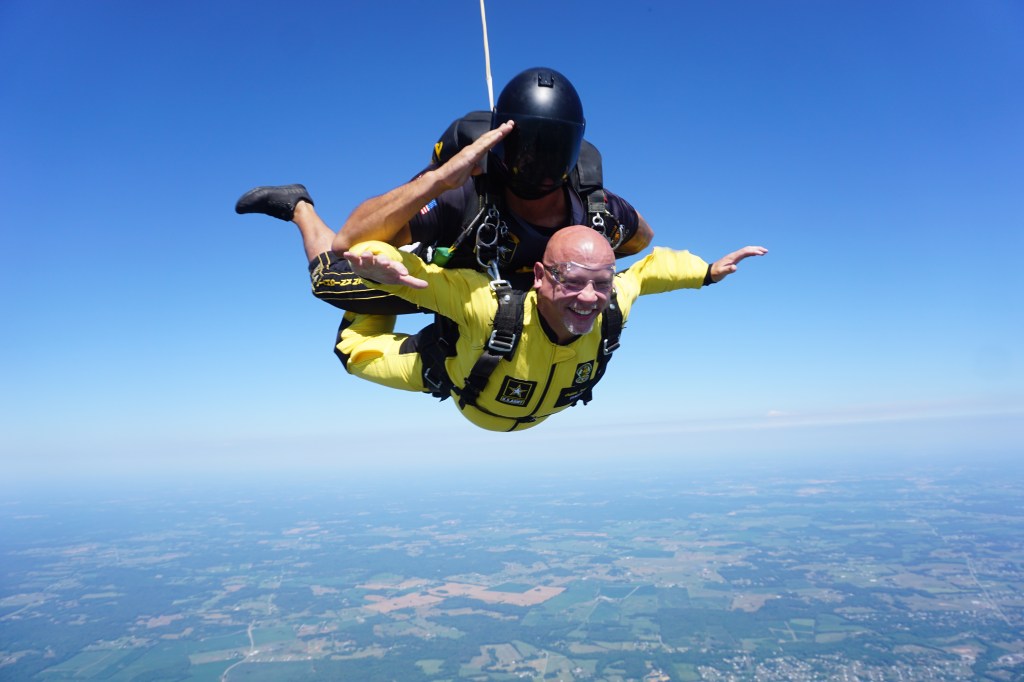 High school principals are usually found in classrooms, boardrooms, or lunchrooms, but one from Clark County was found approximately 13,000 feet above the ground.

While a jump from such heights might unnerve many, Keene seemed to take it in stride.

“I was excited more than anything,” said Keene. “That rush when you jump out of that plane – I can’t even find the words to really describe it.”

The lead-up to the event started earlier, after the JROTC squad of George Rogers Clark High School came out victorious at the 2022 U.S. Army National Raider Championship in Georgia.

Leaders from the United States Army Cadet Command 7th Brigade – who provides training support and oversight to all Army ROTC and JROTC units in Kentucky – spoke with Keene and Lt. Col. Thomas Krupp, the unit’s director, about its progress.

The discussions yielded the offer to skydive. Keene was far from alone.

“We were happy to help coordinate that for him,” said Krupp. “He was out there with a few other folks from around different schools [and] colleges.”

According to their website, joining the Golden Knights parachute team involves some elite requirements.

Among them, applicants must be either static-line Airborne qualified or willing to attend U.S. Army Airborne School and have performed a minimum of 100 military or civilian free-fall jumps.

An experienced paratrooper, Krupp, knew full well that those within the unit are some of the most qualified in the country.

“It’s a rotating team. They’re all active duty. Most of them are non-commissioned officers, and a lot of them have special operations backgrounds”, Krupp said. “They’re very, very highly trained and skilled in what they do, so Principal Keene was in good hands.”

After some prejump training, including a class session, Keene took off for a jump that included what Krupp described as a perfect landing.

“He had a big smile on his face, [and] understood that it’s kind’ve a once in a lifetime thing to do,” Krupp said.

Keene came out with a renewed perspective that he believes can be well-served for the future.

“Watching them and the team working together [with] the communication, it also builds life skills that would be necessary to be successful,” he said. 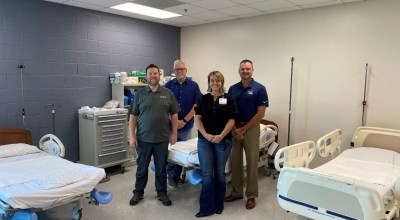 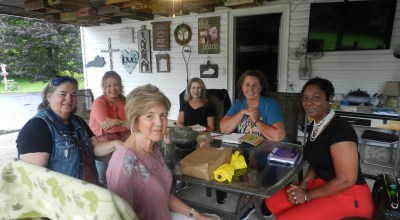