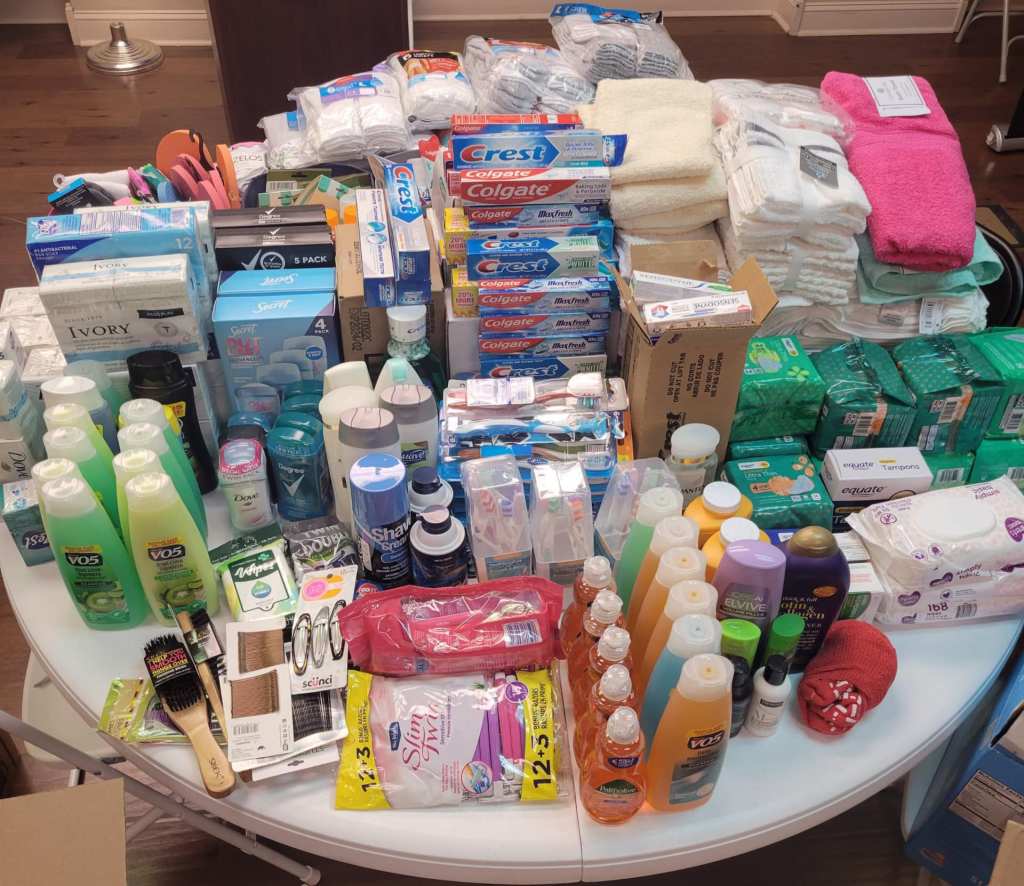 In the aftermath of what’s been described as a thousand-year flooding event, many people in and around the community of Winchester continue supporting those in southeastern Kentucky.

Will Ison, who runs Valhalla Meats and works full-time in heating and ventilation services, is a Whitesburg native who made the trip back to Letcher County over the weekend of July 31st to Aug. 1st.

“I went two miles up one road, and 80 percent of the bridges were washed out that people used to get to their house”, said Ison. “You’ve got people that are on one side of the bridge with their house and vehicles, and they can’t even get their vehicles or anything to the road.”

Many individuals have been displaced or unable to work, among several issues.

Ison traveled with pallets of water, paper towels, and toilet paper and even brought along an excavator to clear driveways as needed.

He also made a trip on Sunday, Aug. 7th, and partnered with Community Agriculture Nutritional Enterprises (CANE) to deliver meals and Horn & Associates Inc. to distribute dropped-off supplies.

Elsewhere in the community, the Winchester Police Department was busy taking gift cards for locations such as the Dollar General and Dollar Tree to the Wolfe County Board of Education, which had opened their schools for Wolfe County evacuees. They also brought various items donated from the community to the area.

“Sometimes, we get a call from an agency requesting something, but usually [with] these big disasters [the response] is just kind of organic,” said Sgt. Monty Corbett. “People want to donate. People want to help, and we’re just a good hub for that … We facilitate the transport.”

According to the Winchester Police Department Facebook Page, other organizations participating around town include Abettor Brewing Company, Bill’s Carry Out, First Presbyterian Church, and VFW Post 2728.

Outside of town, Rusty Arrows Boutique – an online business with connections to Winchester – was one of several businesses at the Local LEX Market during the past few weeks collecting donations and donating a portion of what they received in sales toward flood relief.

“We always want to feel like we can make a difference for our fellow Kentuckians,” said co-owner Paige Hubbard. “Kentucky has always been a very strong community state & we always come together when our neighbors are in need.”

Although positive courses continue to be taken, mixed feelings as expected remain.

“I was sad, hurt. It’s the town I grew up in and the town I love”, Ison said. “I was also at the same time happy to see people helping one another.”