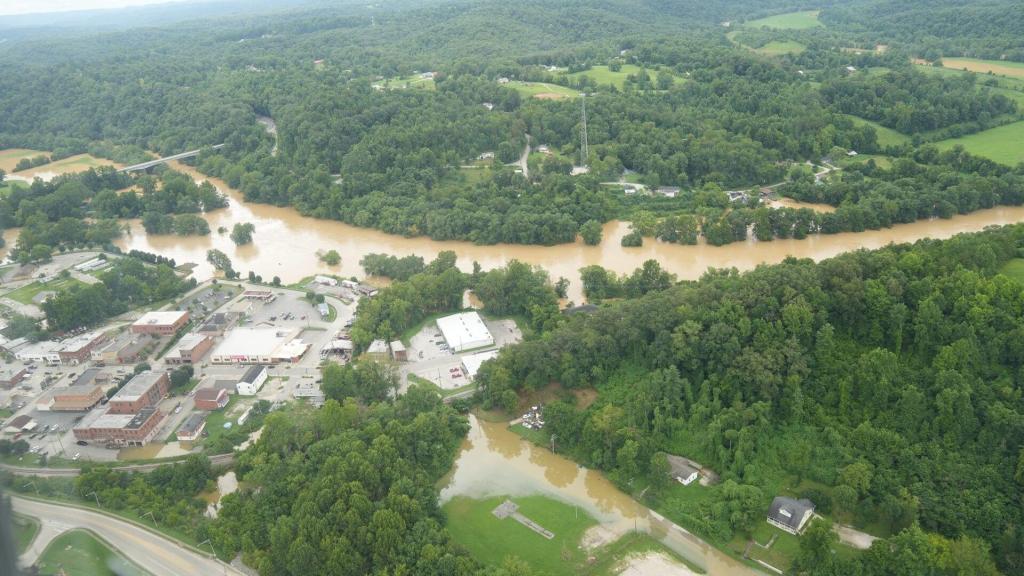 The deaths have occurred in five counties: 8 in Breathitt, 2 in Clay, 19 in Knott, 3 in Letcher and 7 in Perry. The missing women are Vanessa Baker, 60, and Nancy Cundiff, 29. Both were last seen at their respective homes in the Lost Creek community.

Four hundred and fifty-five people are still being housed in congregate shelters or at Kentucky state parks in the area, according to the Governor.

“One of our remaining tasks to get from the emergency phase to stabilization is getting the last groups of folks out of congregate shelters,” he stated, “and getting them into more stabilized housing.”

Beshear said 94 travel trailers have been moved from the area of the tornado outbreak in western Kentucky last December and have been or are being set up at Jenny Wiley, Carr Creek, Mine Made and Crocketsville campgrounds. “Seven hundred plus have applied for the trailers, and we are going to be augmenting the 100 trailers we’ll have available. Probably doubling that number at least,” he said.

He reported the total number of donations to the Team Eastern Kentucky Flood Relief Fund is 34,157 and the donated amount stands at $6,715,099. A total of 39 funeral payments have been dispersed totaling $390,000. To donate online, visit TeamEKYFloodReliefFund.ky.gov.

The update on utilities flood area includes all wireless providers now report full restoration. Power outages now stand at 74 customers, down from 27,000 on July 29. Drinking water connections remaining without service stand at 2,634, down from 40,000 on July 28.

“It is important, even for those who have been through the most difficult of times these last couple of weeks, to see that there is a big bright future in front of us,” Beshear said.  “Yes, we might get knocked down, but we don’t get knocked out, and we also don’t get knocked backward. As a commonwealth, we can pick up our brothers and sisters in the west and the east, rebuild lives, rebuild towns and also move forward in providing the type of economic opportunity for our kids and our kids’ kids that we have always dreamed of.”

More than $42 million in grants have been approved under the FEMA Individuals and Households Program for 5,267 households, which is about half the number of those who have applied, thus far.

For the latest information on services available for flood victims, go to governor.ky.gov/FloodResources.