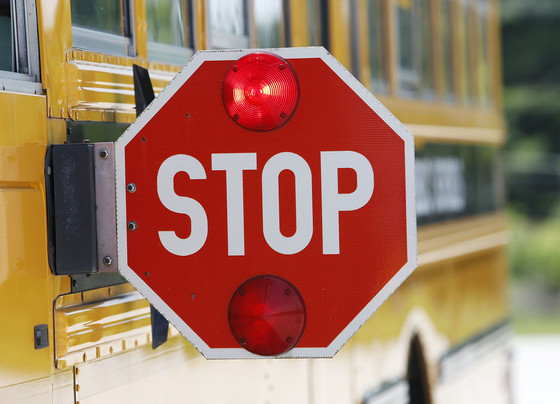 The picture that Clark County Public Schools Administrative Director of Operations Donald Stump painted for the district’s board of education in late July was not pretty.

The district was down to eight bus drivers and two mechanics less than a month before classes started. Applicants were hard to come by, and there was a chance that routes would have to be canceled in August.

Fast forward a month later, and while the district still faces a shortage of transportation employees, the situation is far from dire.

“We’ve had a renewed interest in our community in people submitting applications as a bus driver, and we have had some bus drivers from other districts transfer over into our county with existing CDLs,” said Stump.

The district has two drivers training to get their CDL licenses and only has one position to fill.

Stump said that the renewed interest individuals have in driving for Clark County Public School is because of a pay raise that the board of education approved for bus drivers earlier this month.

“Our board of education has concluded conducting a feasibility study on all the counties in our region with the exception of Fayette, and we got a sense of what other bus drivers were making in those counties,” he said.

Clark County drivers earned 15.15 an hour during their first year on the job, but that rate now stands at $17.15 an hour. Drivers will also get an incremental raise based on how many years they have driven.

The raise has given Clark County a competitive edge in recruiting new drivers.

“Not including Fayette, we are at the top or near the top of the pay scale according to the surrounding counties,” said transportation supervisor Denny Ford.

In addition to the pay raise, the board of education also approved a series of incentive bonuses. Every three months, drivers are eligible for a $300 bonus if they miss less than one day of work. They are also eligible for a $500 referral bonus and will be paid a minimum of 30 hours per week.

The district is also willing to hire individuals who do not have a CDL license.

“We will take them through a training course and help them to become certified CDL drivers for buses and pay them while they are learning and attaining their license,” Stump said.

The district hopes that by winter break, it will no longer face a shortage of transportation employees.

Ford said that at the moment, the district does not anticipate having to cancel any routes and that the next issue it hopes to tackle is overcrowding on different routes.

There are short-term and long-term plans to solve the problem.

“We are trying to assign a bus to go back or take some kids off of a bus and put them on another bus that does not have as many students on it,” Ford said. “One thing we are looking at for next year is the possibility – it is a long-term fix – is to purchase buses that will seat more students.”

According to Stump, there are a few reasons for the overcrowding.

“We’ve had a lot of movement and a lot of transition in a community over the summer where families were moving across our district … Buses that we routed for certain areas last year are no longer able to handle the capacity of students that now live there,” Stump said.

Another reason is that more parents choose not to transport students to school personally.

“There are more kids riding buses now, and they might have something to do with the impact of fuel prices,” Stump said.