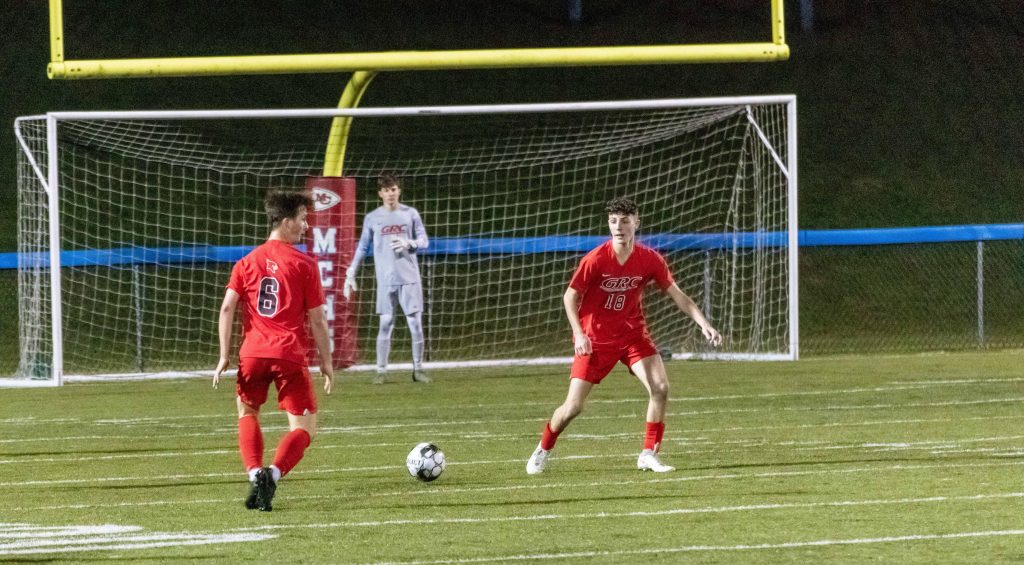 This fall, the George Rogers Clark Cardinal boys’ soccer team will take the field surrounded by a mix of experienced talent and youthful exuberance, hoping to continue building on previous successes.

“We’re a little bit younger this year, but we’re also very technically gifted,” said head coach Nick Vogler. “I’m kind of looking forward to seeing how some of these younger guys can fill some of the roles that have been left open from the underclassmen, and then we’ve got a core group of upper-class guys that are going to be holding down the different levels of the field for us.”

While the team loses defenders such as Brandon Head and Carter Smith to graduation, it will return both Jacob Ebert and Kyler Gashel to the positions.

The latter will serve as a captain.

“He [will] kind of be our leader sitting there in the center of the defense, directing everything that goes on in front of him,” Vogler said.

Among others, the team also returns midfielder Clay Turley, while P.K. Vogler looks to make a name for himself offensively as a striker.

Their schedule revolves around both top-notch in-region and out-of-region play.

“Across the board throughout the season, we play a lot of good competition,” said Vogler. “Hopefully, we can build on things, and make sure we continue in a positive direction.”

While the team utilizes specific offensive and defensive formations more than others, Coach Vogler notes that intelligence will play a prominent role in the team’s success.

“My team has a high enough soccer and game IQ that we can tailor the way we approach the game based on what we think would be best among certain competition,” he said. “All in all, we should have a successful season.”