Winchester rocks out at Legacy Nights 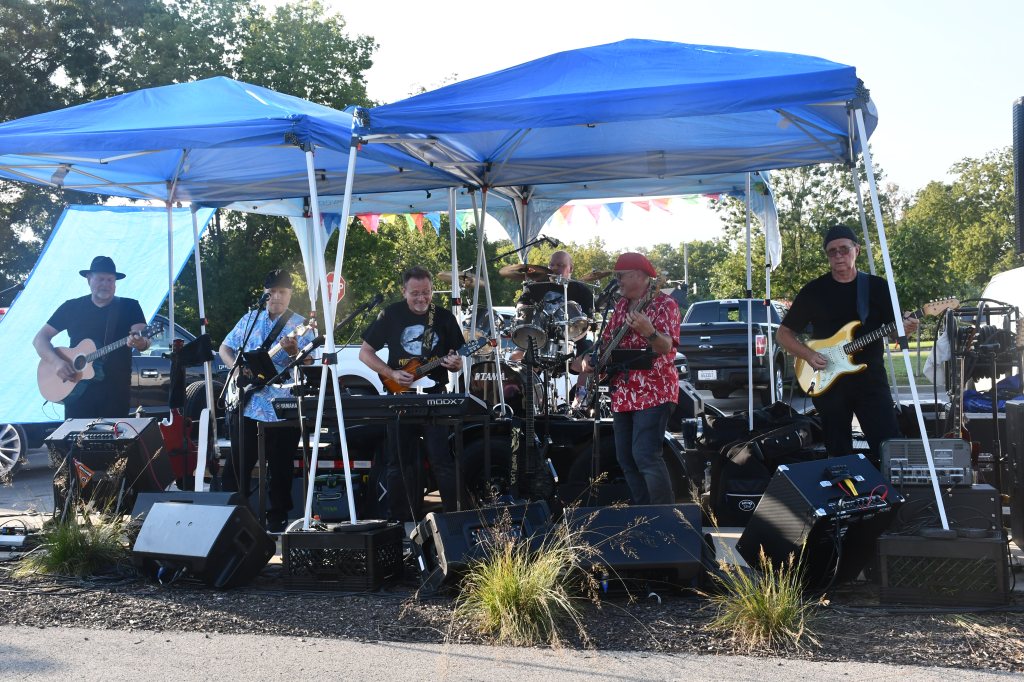 As the school year started, it may have been tempting for some to think summer was winding down.

However, you wouldn’t know it from the vibe that filled the air on Tuesday night in Winchester.

“This is the fourth in our series. We have a total of six”, said Deborah Jackson, the executive director of Legacy Greenscapes. “We just wanted to bring the community together around music, food, and play, and so that’s why we created this concert series.”

The concert was initially scheduled for Aug. 9th, but the event had been postponed due to concerns involving inclement weather and also because it was thought it might be beneficial to wait until after school started.

The 17-year-old from Greenup County was making his first trip to Legacy Grove Park.

“I do mostly country, Americana type of music,” Turley said. “It’s been a few days since I’ve done anything. It’s nice to get back out again.”

Later in the evening, the Night Flyer Band took to the stage to perform.

As a tribute band for The Eagles, the group entertained the crowd with classics such as “Desperado,” “Witchy Woman,” and “Take It Easy.”

Near the street near the park, food trucks for Bell on Wheels, and Mama D’s, whereas Bella’s Ice Cream and Sno Biz, were in place for sweet treat lovers.

Just as well, with sangria pouches and a selection of other wines available, Harkness Edwards Vineyards was set up to provide adult beverages.

“We’d like to come out to community events and support them in any way we can,” said employee Emily Jones. “We love Winchester and just want to show our support by coming out and serving.”

A bevy of new and repeat visitors came to experience the evening of music.

Kenneth Robinson, a Winchester resident of approximately forty years, has attended each Legacy Night since the beginning.

“It’s just a good place to be and something to do,” he said. “I just like all the music, listening to the bands.”

“Because [of] the park with children, [and] the dog park with animals, this is a really nice thing to have here in Winchester,” she said. “They need more things here for the young people.”

The event took place next to the park playground area, allowing all attendees to benefit.

With two more concert events scheduled for Sept. 13th and Oct. 11th, the hope is that the audience continues to grow.

“It’s just incredible. We want this to be a space where everybody feels welcome [and] safe, where they feel that they belong”, said Jackson. “This series is kind of doing all of that for everybody together. That’s been the coolest thing about it.”