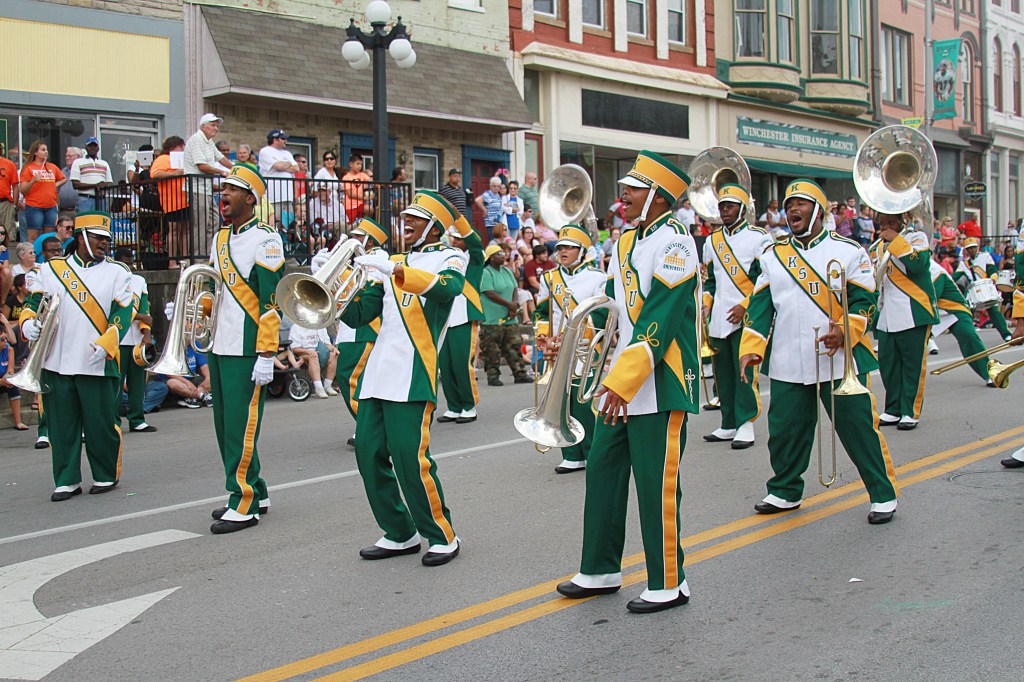 For the first time since 2019, the Winchester Labor Day Parade and its associated festivities will be held.

And for the organizers like director Flora Shelby and vice president Sherry Hampton the chance to celebrate from Sept. 2nd-5th is a triumph in itself.

“It feels good,” said Shelby about the festivities’ return.

“We are really excited to have it coming back. We are trying some different things this year,” said Hampton.

The Labor Day Parade is one of Winchester’s oldest celebrations. It was initially held in 1904 – 2022 is the 118th iteration – as a celebration for the local Black community and evolved into a community event over time.

Shelby recalled watching the event grow from a smaller celebration to one that kept getting more significant in crowd size and scope.

“We would march around the regular streets over in our neighborhood. This is more or less a Black thing that was started. We marched to Harmon Field and had the activities there,” Shelby explained. “Down through the years, they started building it up. We had clubs and restaurants down on West Washington Street … People partied in the clubs and took it into the streets. We have been going after it ever since, making it bigger and better.”

Of course, the parade is always the centerpiece of the weekend. It will begin at noon on Monday and will go along Main Street. The parade will include marching bands from Kentucky State University, Simmons College, and the George Rogers Clark High School. The lineup will also have a jazz band from Cincinnati and several step teams.

“We could not do the parade without the help of the city and the community … It is a way we all can come together and be one,” Hampton said about the parade’s significance. “It also lets our youth know where we are, where we are coming from, and that there are other things.”

The weekend begins on Friday with Youth Night sponsored by Ale-8-One at Heritage Park. DJ Snookey will be spinning tunes, and there will be games, selfies, and a chance to create TikToks.

Youth Night is the newest addition to the festivities.

“As our kids started getting older, we started noticing that there was an age group we miss, which is middle school age,” Hampton said. “So that TikTok, selfie and games, that is where it came from. We want to make it a family event – we do not want people to just drop their kids off – we want them to stay and enjoy the music.”

Family Day begins at 4 p.m. on Saturday at the park and will run until 6 p.m. There will be games, food, inflatables, prizes, and more music from DJ Snookey.

One Sound will perform later in the evening, and there will be dancing in the park and streets from 8-11 p.m. DJ Sixx and the Motorcycles will perform at the after-party.

“We encourage everyone to go to their church of choice,” Hampton said.

Heritage Parks opens back up at 10 a.m. A gospel singing will happen in the park from 3-5 p.m., and Encore will perform during another street dance that will last from 8-11 p.m. Another performance by DJ Sixx and the Motorcycles will highlight the after-party.

Besides the parade, Monday will feature a gospel singing on the front steps of the Clark County Courthouse beginning at 10 a.m. and lasting until noon. The Tim Talbert Band will perform on West Washington Street at 1:30 p.m.

Maybe the best part of the weekend is that the festivities feel like a community family reunion.

“We have so many people come into town and our community for that weekend, and they just love to sit around after the parade and get to see people,” Hampton said.