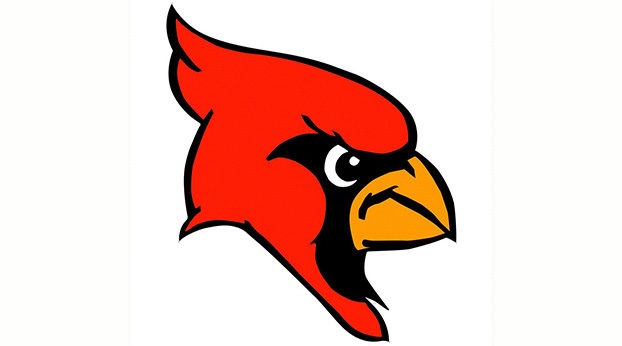 George Rogers Clark is yet to trail in a football game this season. It’s an accomplishment made easier as their first two touches of the game resulted in touchdowns.

Following a one-hour rain delay, the Cards wasted no time finding the end zone as Kalen Washington grabbed the opening kickoff and raced 89 yards for a touchdown to give GRC an early 7-0 lead just 13 seconds into the contest.

After getting good field position by defensively putting a stop to West Jessamine’s offensive efforts, the Cards found paydirt again.

Tyleik Maxwell immediately connected with Zaydin Turner for a 42-yard TD pass to give the Cards a 14-0 lead at 8:01 of the opening period.

Maxwell would finish 5-for-9 passing for 107 yards and a pair of touchdowns, while Turner would catch another 42-yard TD pass in the second half en route to 84 receiving yards.

Not to be overlooked, Tate Spayd caught two passes for 21 yards, while Ty Wilburn also caught one pass for a 2-yard gain.

After the Cards grabbed a 14-0 lead, Jacob Jones was able to march the Colts down the field and score on a 2-yard TD run to narrow the Colts’ deficit to 14-6 following a missed extra point with 11:24 remaining in the 2nd quarter.

However, reminiscent of the previous week’s matchup against Madison Southern, the Cards’ offense responded promptly by scoring more on a 27-yard run from Washington for a 21-6 lead with 8:52 remaining in the 2nd quarter.

The score would remain the same going into halftime.

After stopping West Jessamine’s offense on their initial possession of the second half, the Cards received the ball once more.

Spinning and breaking away from tackles, Bryce Chestnut would roam 27 yards for a touchdown score against his former team, giving the Cards a 28-6 lead with 9:29 remaining in the third quarter.

However, the Cards would eventually bring their advantage to 31 points thanks to Turner’s second TD reception, Washington’s 55-yard TD run on his last carry of the game, and Chestnut’s 2nd TD run with just over three minutes remaining.

The Cards ended with 214 rushing yards and 107 passing yards for a total of 321 yards from scrimmage.

It’s the third consecutive matchup in which they’ve offensively gained over 300 yards.

This upcoming week, the Cards have a showdown rival Montgomery County (0-2), who is coming off a bye week.

In a ceremony, there will also be a ring presentation ceremony to honor members of this past year’s 2022 KHSAA Boys’ Basketball State Champions.