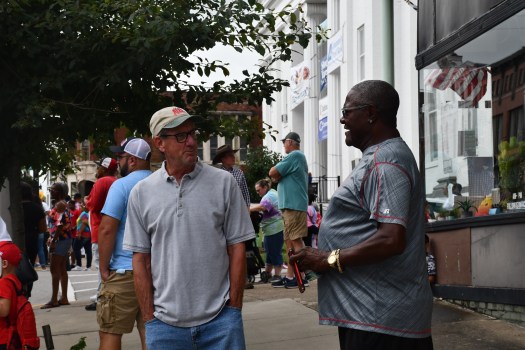 Organizers and Winchester residents said the parade is an annual event that brings people of all backgrounds together. (Photo by Warren Taylor) 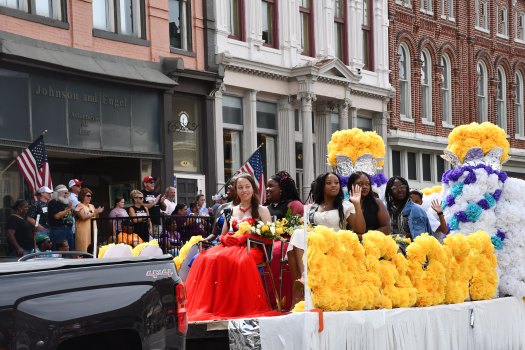 The contestants for Labor Day Queen helped build the float they rode on in Monday's parade. (Photo by Warren Taylor) 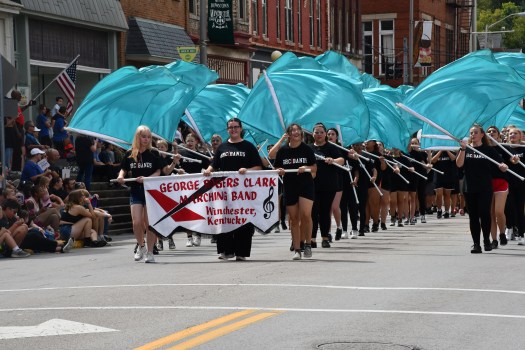 Many attending Monday's parade said the bands were their favorite part. The marching band of George Rogers Clark High School was one of three to perform. (Photo by Warren Taylor) 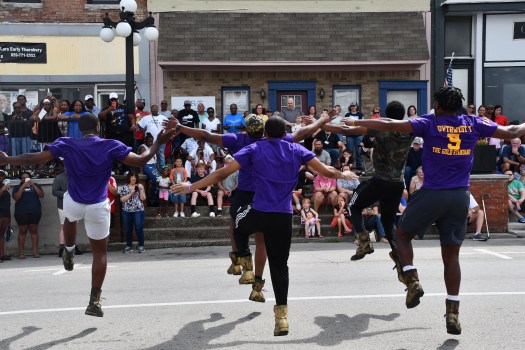 Besides the marching bands, step and dance teams were part of the parade's entertainment lineup. (Photo by Warren Taylor) 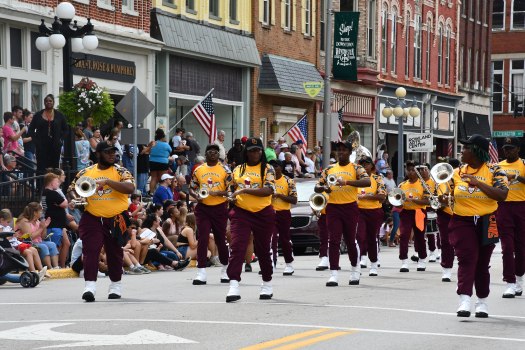 The marching band from Simmons College of Kentucky also performed during Monday's parade. The Louisville-based college is one of two historically Black colleges in Kentucky. The other is Kentucky State in Frankfort. (Photo by Warren Taylor) 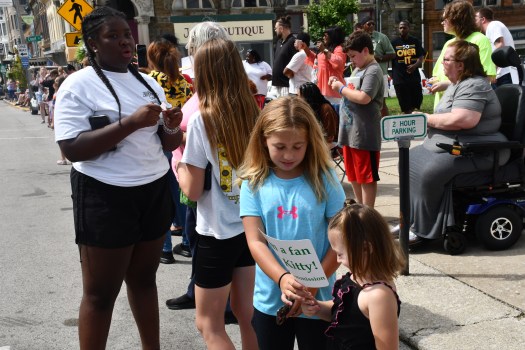 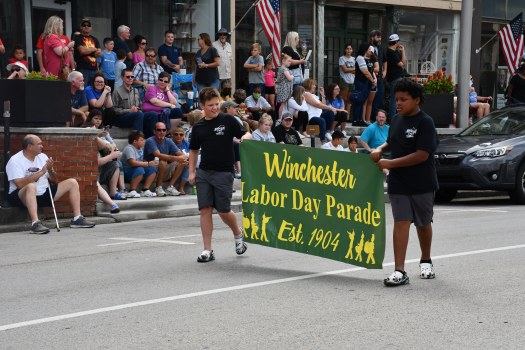 The Winchester Labor Day Parade extends back to 1904. It started as a celebration for the town's Black community but has since evolved into a community-wide event. (Photo by Warren Taylor) 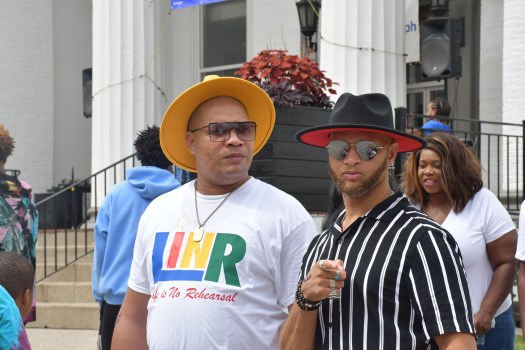 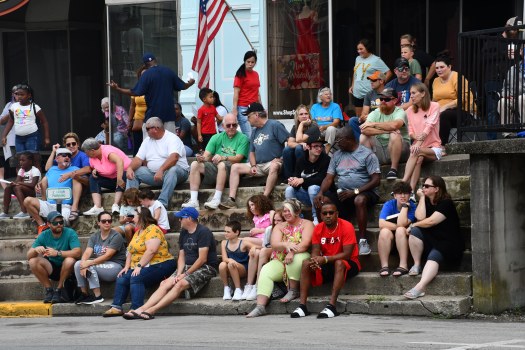 A large crowd gathered in downtown Winchester to see the parade return after a two-year hiatus due to the Covid-19 pandemic. (Photo by Warren Taylor)

After a two-year hiatus caused by the Covid-19 pandemic, the Winchester Labor Day Parade returned on Monday to great fanfare.

Crowds lined Main Street from its intersection at Lexington Avenue to Depot Street to witness smiles and waves from different individuals and organizations marching or riding on floats, and a performance by a community favorite, the Kentucky State University marching band.

Winchester resident Debbie Hamon said the bands are her favorite part of the parade.

“They are incredible, the dancing bands,” said Hamon.

Hamon drove a convertible in the parade, transporting the Labor Day Little King and Queen down the route.

To her, the parade is a community institution.

“It’s always been here. It’s like the Christmas parade; you can count on it,” Hamon said.

For many Winchester residents, the parade is something they have been coming to since childhood.

Courtney Blair brought her aunt, Deborah Scott, to see it.

“She loves the Labor Day Parade. We always try to come. As long as I can remember, we have been at the parade,” said Blair.

Scott said that the parade brings “joy and happiness” to the community.

Blair likes how the event brings the town together.

“It’s nice to see because it brings everybody together on one day here in Winchester. It’s good to see everybody come out on Main Street and downtown seeing the different youth, the different floats, and all the variety,” she said.

Blair and the rest of the parade-goers witnessed the floats, dance performances, and three marching bands.

The bands from George Rogers Clark High School and Simmons College of Kentucky joined Kentucky State in putting on a brassy-sounding show.

The parade started in 1904 as a celebration for Winchester’s Black community. While it has evolved into a community-wide event, the parade and the weekend preceding it still holds a significant place in Winchester Black culture.

Many individuals from Winchester’s Black community who have since moved away often come back for a weekend of activities, food, and music.

Anne Colvin traveled from her home in Ohio back to her hometown for the weekend.

“I was born and raised here,” Colvin said. “I came back just for this. I really did.”

And just like this weekend, Colvin remembers seeing many different people and enjoying the parade, which is her favorite part of the weekend.

“It was just like it is now, all the different colors of the rainbow; different kinds of folks,” Colvin said.

She participated in it during her younger years.

“I used to be in the GRC band, and I used to be a part of it in a sense during my high school years. It was fun,” Colvin said.

The Winchester Labor Day Committee plans the parade and the weekend activities.

Committee member Sherry Hampton was proud of how the events turned out.

“It was amazing. We had a great turnout,” Hampton said. “People came out and came together. That was the biggest thing for me.”

She also thought the community was glad to see the parade and weekend festivities return, even if rain put a slight damper on them.

“Through it all, we had a great weekend … We kept on doing it,” Hampton said.

The committee will soon be back to work planning next year’s parade, and hopefully, there will not be another two-year gap between this one and the next.