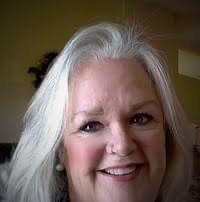 You don’t have to have a high school diploma or a college degree to own a social media account. And while even well-known celebrities, public figures, and even world leaders repeatedly use and abuse social media, it behooves even the everyday Jane and John Doe to fact-check what we put out there. After all, your face on the profile photo and your face will have egg on it if you say something later proven to be false or absurd.

We scroll through posts on social media as though we’re spinning the Wheel of Fortune on a game show without care or attention to detail. It’s usually a headline, photo, or meme that catches our eye and causes us to take a closer look.

The first responsibility falls upon the one who posts the eye-catching tagline or photo not to deceive readers.

Sadly, the media does that all too frequently and no longer seems to care if it creates confusion or causes havoc on someone’s reputation.

Not saying that I am without fault. I’m certain that I have inadvertently written something that is not completely factual or that I haven’t dug deep enough into my research before publishing something that I believe to be true. Still, I try mightily to do my due diligence and research thoroughly.

One of the most oft-maligned segments of society to fall victim to half-truths and outright lies are celebrities. One example of blatant misleading news struck me just this morning as I was scrolling through my timeline on Facebook.

Dame Maggie Smith is an actress that I greatly admire. The photos in question were intended as before and after photos, although in reality taken years apart. The first photo was taken during her tenure in the role of Professor McGonagall in the Harry Potter series (2001-2011). The second was a photo that I knew to be from a movie called ‘The Lady in the Van’, in which she portrays a homeless woman, but not everyone would know that, and that’s the rub.

Not only are the two characters diametrically opposed, but one photo boasts substantial makeup artistry, and the other leaves the then 81-year-old Smith not only devoid of complimentary makeup enhancements but lays bare and accentuates her aging process with dirt and artificial wounds. Further, her hair is badly matted, and she is slumped in a wheelchair, holding a walking stick for additional support in what appears to be quite frail hands.

Clearly, if one were unaware of her part in this movie, it would appear that she was at death’s door, which is what headlines in numerous British publications wanted you to think.

Further, the headlines of at least three publications sought to grab attention misleadingly. ‘Scraggly Maggie! Dame Smith is taken away by ambulance while shooting scenes as a sick street beggar for Lady in the Van’, the headline read. Granted, later in the article, it’s made somewhat clear that the ambulance scene was part of the script, but what about the reader who didn’t take the time to read the article and share the headline-grabbing news with others?

I can only surmise that as a beloved British actress and one awarded damehood (the female equivalent of a knighthood) by her queen, the pictures and heartwrenching headline were intended solely to sell papers.

Never mind the public relations nightmare necessary to squelch untrue rumors. Still, there is no doubt a very personal component for not only the subject of unbecoming reports but also their families and friends who might not be certain of their health and well-being due to lack of communication or distance.

I’m pleased to work with local newspapers that make a concerted effort not to harm and are astute at fact-checking.

I have, however, voiced complaints when I see local television stations on scene at fatal vehicle accidents and natural disasters filming the scene live with no details on the condition of victims yet available.

In those instances, I immediately think about how I would feel if I were to turn on my TV and recognize a vehicle or a home that’s on fire, mangled by a tornado, or floating down a swollen river when I had yet to be notified compassionately by authorities.

Certainly, we need to keep our fingers on the world’s pulse on a national and international level. Still, it is our local news sources where we must ensure accuracy and empathy.

We are encouraged to buy local and support small businesses in our community. I propose that we also emphasize empathy.

Be aware of what you share and post on social media. Is it accurate? Does it mislead or harm others?

And what of gossip? Is the news you are spreading via verbal communication critical information that you need and have the authority to share with others? Will sharing the information cause pain or harm the reputation of the person you’re speaking or their loved ones?

I encourage you to practice mindfulness in your written, shared, and verbal interactions.