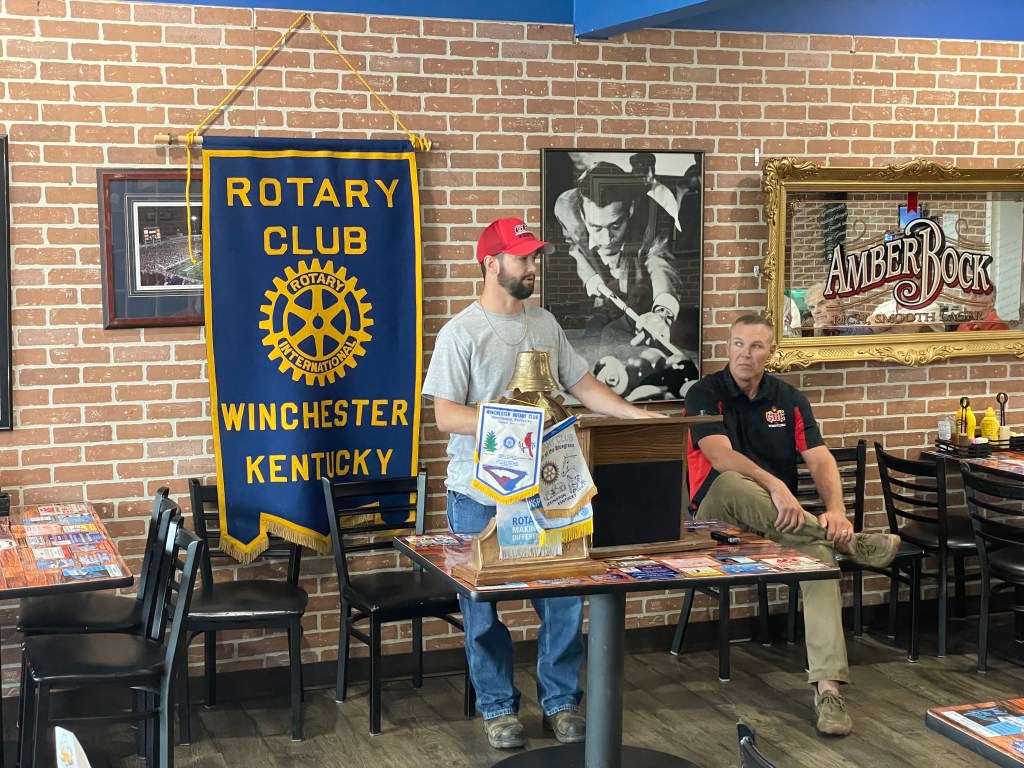 In a city where high school basketball reigns, it can be easy to forget about other sports taking place this winter.

However, wrestling at George Rogers Clark High School and Winchester as a whole is making a surge.

George Rogers Clark High School will be entering its second year as a wrestling program.

“The Win City Wrestling Club is basically a youth program that will then feed into middle and high school,” said Grant. “[It] gives kids the opportunity to be exposed to the sport of wrestling, build their skills, and then move on to hopefully competing at higher levels.”

Both Grant and Miller have wrestling backgrounds at high levels.

Grant would go on to wrestle at Boston University, while Miller competed at Lindsey Wilson College.

Plus, taking over a program in its first year wasn’t new to Miller when he came to GRC.

He had previously undertaken the same task by building a team at West Carter High School in Olive Hill.

“In year two, we’re looking to grow as numbers and looking to grow for skill set,” said Miller. “They know kind of the expectation and what to expect out of the season.”

Youth plays a starring role in this year’s program and its immediate future.

The oldest competitor from last season was a sophomore. Thus, the entire squad will return.

Not only have individual athletes seemed to embrace the sport, but so has the school itself.

This February, George Rogers Clark High School will be hosting the state tournament despite having had a program just these last two seasons.

“[It is] kind of a neat thing to all of a sudden have all that coming right to Winchester when we’ve had zero exposure before,” Grant said. “All of a sudden, we have three wrestling mats and a space for wrestling.”

While winning and losing athletics is a big part of the success, Miller also hints that more can be strived for.

“I always tell them the state titles and stuff like that I’m going to coach you to is kind of second to you signing that letter of intent to go on,” Miller said. “I want to see these kids not necessarily get out of Winchester, but go and grow and even come back and share with everybody else what they’ve gained.”

While community support via sponsorships, fundraisers, and more are always on the mind, coaches also assert the value of wrestling in students’ development.

“You see, a lot of kids gain a lot of confidence from learning a skill that they didn’t have before,” Grant said. “Getting stronger or more mentally tough is what I noticed.”