Chords for Clark set for Friday 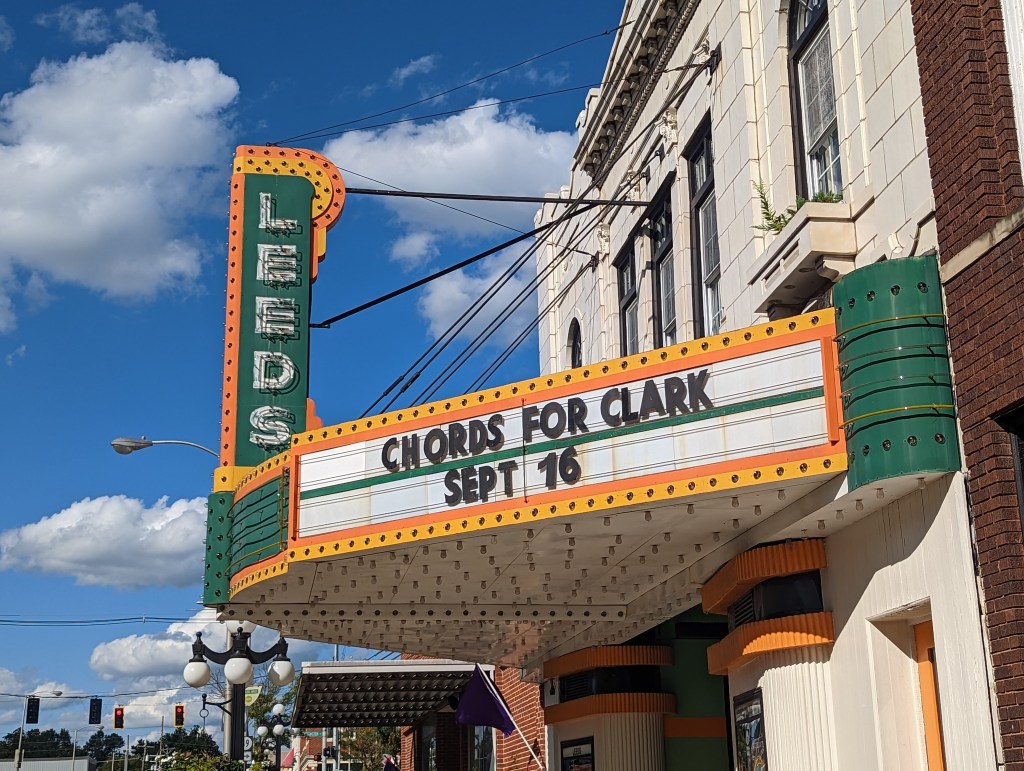 Local youth singers wll hit the stage at the Leeds Center for the Arts on Friday. (Submitted photo)

Many young people are filled with enthusiasm at the idea of performing on the so-called big stage.

For several students at George Rogers Clark High School, such a reality is about to come to fruition.

On Friday, Sept. 16, from 7:30 p.m. to 9:00 p.m, Cardinal singers will put on the Chords for Clark benefit concert alongside The Kentuckians Chorus – a men’s barbershop group. The event will take place at Leeds Center for the Arts.

Proceeds will go toward Clark County’s choral program, helping to pay for items such as uniforms, workshop and audition fees, transportation, sheet music, and more.

“It’s a nice variety show that has always been fun and has always been entertaining,” said Kris Olson, the choral director at George Rogers Clark High School. “We have not been able to do it the last two years due to Covid, so this year’s extra special in the sense that we’re kind of coming home again.”

Olson, who also directs The Kentuckians Chorus, has continued the tradition of putting on shows to benefit further music education – a primary mission of the chorus.

The collaboration between The Kentuckians Chorus and GRC began in 2015 when Winchester native Mike Malone approached then-newly arrived Olson with an idea for how to invigorate the community while also giving life to the choir department.

“Mike said, ‘I would really love to help you organize a fundraising concert for the program, including The Kentuckians Chorus,’” said Olson. “At that time, the choir program at GRC needed a lot of rebuilding to include everything from fundraising to notoriety to musicianship…Just a few weeks into my very first year, we put on this concert … Not just as a fundraiser, but to give the kids something right away they could strive for.”

An eclectic variety of music awaits.

While barbershop music will be one genre, classical music from the Renaissance and Romantic eras – including Franz Schubert – will be heard. Also, the girls are set to perform a blues a capella number, while soloists will sing a few musical theater pieces. Pop and broadway music will also grace the stage.

Students of Olson’s advanced, mixed choir class have been preparing diligently for the concert, rehearsing with sheet music from the moment they entered the room on the first day of school.

Fortunately, not much motivation was needed to get these singers started.

“With that particular group, it tends to be kids who are very passionate [and] who I can count on to work on music outside of class”, said Olson. “They’re the kids who are definitely built to do that. However, it is still a lot of work for everyone involved. September is a very early time to have a choir concert, and our kids do a great job with it … It helps start our year off with a bang.”

While the students are excited to perform an event in the community, Olson also hopes it will serve them well in the future.

“One of the many reasons I like it is that The Kentuckians are a chorus that involves everything from high-school-aged singers to guys in their eighties, and everything in between,” he said. “My current kids get to see up close a community choir. They get to see people who are singing well after school, and they see it’s something they can do throughout their lives.”