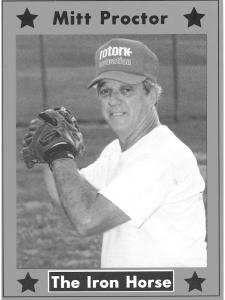 Buddy was retired from East Kentucky Power Cooperative, Dale Station Power Plant, Ford Ky., and a treasured member of the Trinity Church of God. He was an avid sports fan and an elite athlete, he played organized softball at Massey Ball Park, Winchester, Ky., and participated in recreational and church leagues in Winchester and Lake Reba, Richmond, Ky., where he was known as the “Iron Horse” until he retired in 2008.

In addition to his parents, he was preceded in death by two sisters and brother in-laws, Lorain (Roger) McCuddy and Doris (Bob) Jackson.

Services will be held at 11:00 a.m. on Monday, September 26, 2022, at the Trinity Church of God, 285 Winn Avenue, Winchester Ky. by Rev. Hamp Wooten and Rev. Thomas Hogue, burial will follow at the Flatwoods Cemetery, Waco Ky.

Visitation will be on Sunday, September 25, 2022, 5:00-7:00 p.m. at Trinity Church of God. To sign the online guestbook visit www.ScobeeFuneralHome.com.