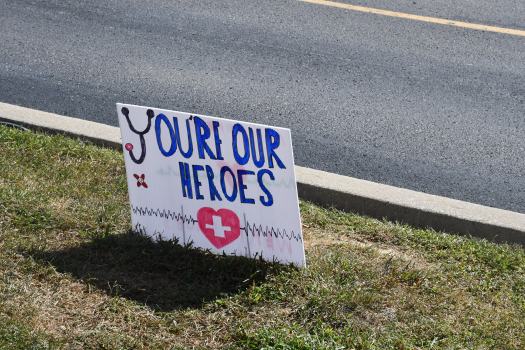 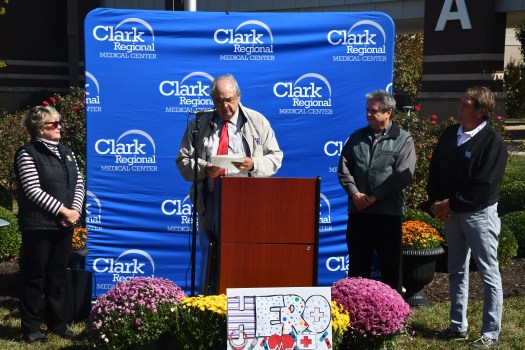 Yet anyone who hasn’t had their heads in the sand has seen its significance rise in the last two years.

On Thursday morning at Clark Regional Medical Center, those who have put in the time and sacrifices were honored as Winchester celebrated Healthcare Appreciation Day in front of a standing crowd.

It’s the second consecutive year that the day is being celebrated in Winchester.

“The resolve, the bravery, [and] the tireless efforts from the frontline healthcare workers including EMS, the local health department, pharmacies, and the dedicated staff here, they just [make] a huge difference in our darkest days,” said Matt Smith, the CEO of Clark Regional Medical Center. “To recognize the hard work and commitment of all the healthcare workers who make and continue to make a positive impact in our community, the city of Winchester proclaims Sept. 29, 2022, to be Healthcare Appreciation Day here in Clark County.”

After starting the ceremony with an opening statement from Smith, a presentation by the George Rogers Clark High School ROTC program, and prayer from Pastor Marvin King of First Baptist Church, Mayor Ed Burtner spoke at the podium on the outdoor lawn near the main entrance.

Before reading the official proclamation, he spoke to staff members, students, and others on hand for the ceremony.

As read in the proclamation, healthcare workers provide many services.

Healthcare workers assist multiple age groups and are found in many environments.

While Blackwell’s speech mentioned how healthcare continually changes, Ballard expressed gratitude for what others have done on behalf of family members, including his grandson.

The event was soon after concluded by Smith, with a gathering afterward for food and drink.

Those present at the event included a class of students from GRC also taking courses at BCTC.

Ella Cravens, a senior who will graduate as a Certified Nursing Assistant (CNA) and phlebotomy technician thanks to a dual-credit program, spoke of her inspiration for getting into healthcare.

“I love caring for people. My mom was a NICU nurse, so I want to do something in the medical field, and it just excites me”, she said.

After a career in retail, Christal Mullins – another BCTC student – transitioned to nursing and is currently obtaining clinical hours at Clark Regional Medical Center.

“You should really love what you do and what you do should be rewarding,” Mullins said. “I feel like making an impact even if it’s a small one on [a single] person or one family … That’s the biggest thing.”

As an administrator, Smith knows that the challenges of the last two years have been overwhelming.

“It’s hard not to get emotional about that, to see the struggles that all of our healthcare workers have had,” he said.

However, there is much satisfaction in witnessing their performance.

“To watch them perform at such a high level and come together as a cohesive unit; it’s been special,” Smith added.