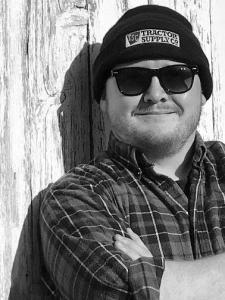 He graduated from Beavercreek High School, Beavercreek, Ohio, in 2011. He earned two Associate of Arts degrees one in sociology and the other one in IT networking from the Bluegrass Community and Technical College, Lexington, Kentucky. He was on the Dean’s List every semester and was a member of Phi Theta Kappa Honor Society. He earned from Bluegrass Community and Technical College certificates for Security + Prep, Net + Prep, Computer Tech Basic, Cisco Networking, Computer Technician, and CIT Fundamentals. He participated in the National Cybersecurity League – Cyber Skyline and achieved over 50 percent of the points for his team during the competition. He earned the Software Guild certificate in Web Development Bootcamp – Java language. And, he passed the CISCO Certified Network Associate (CCNA) certification. He was employed by the Yum Brand, Louisville, Kentucky, as an IT Specialist.

Funeral services will be conducted Saturday, October 22, 1 PM at the Scobee Funeral Home in Winchester, Kentucky with Rev. Warren Toler officiating. Visitation will be held Saturday from 11 AM to 1 PM. Burial is at Clarmont Cemetery. He will be laid to rest beside his Papaw and Mamaw, whom he was named after.

Although he is no longer physically here, he will live in the hearts of those who loved and cherished him forever.