Hall appointed to CCPS board seat 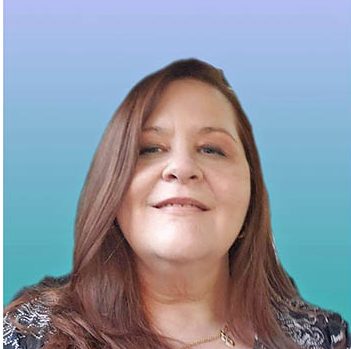 Dora Hall will formally join the board of education at its next meeting. (Submitted photo)

The Clark County Public Schools Board of Education has a new member.

Brenda Considine’s resignation caused the vacancy in July. The board accepted the resignation in August and asked the state to get involved in the appointment process in September.

Hall will be sworn in at the next board meeting on Oct. 25.

She said she applied for the position for a variety of reasons.

“I wanted for the board to have a choice of more than just one person applying,” Hall said.

The next came from her vocation as a licensed clinical social worker.

“We are called to be political in our lives, and I thought this was a good opportunity since it is the district I live in,” Hall said.

Young people are also a passion of hers.

“I also care about children, and my son is a sophomore at GRC, and I am vested in the school system,” she said.

Hall is a lifelong Clark County resident and 1991 graduate of George Rogers Clark High School. She and her husband, Chuck, have a 15-year-old son, Noah.

She is currently employed by the National Youth Advocate Program as its foster care program director and previously worked in hospice care and community mental health.

Hall said she was concerned about the amount of turnover in leadership positions the school district saw over the last year.

“We lost a superintendent, and we lost several principals and several front-line teachers. I was concerned about what was going on because we need to support our teachers and administrations as parents and adults in the community. So I wanted to give back in that way,” she said.

Hall described District 2 as a diverse one and plans to “be its voice.”

“I will be active in attending functions,” she added. “I have good relationships with the schools because I used to provide therapy in them…I am here to listen and be available to people if they are having issues, and will help guide them in the direction of resources that they might need.”

Hall’s future colleagues were thrilled with her appointment.

Board chair Megan Hendricks said the appointment was a step in the right direction.

“We’re happy to have Mrs. Hall join the board. She has vast experience working with children, and her expertise will continue to help us focus on students,” Hendricks said. “With a new superintendent and other district leadership, it’s an exciting time for CCPS! I personally believe we are headed in the right direction.”

“I have spoken with Mrs. Hall recently and in the past, and I truly feel she will be a great asset to the board. Her heart seems to be in this for kids of Clark County, which is what you always want when working with someone on the board of education,” Ritchie said.

Board member Bill Taulbee said Hall will bring a different perspective to the board.

“I believe Mrs. Hall will be a great addition to the board of education. She has a long-standing commitment to the youth of Clark County and Kentucky,” Taulbee said. “She will bring a perspective to the board that we do not currently have in place. I am looking forward to working with her and listening to new ideas on how we can better serve the students and staff of Clark County.”

Board member Sherry Richardson said the board is “excited to welcome” Hall to its ranks.

New Superintendent Dustin Howard had this to say about the appointment.

“We are very appreciative of Mrs. Hall’s willingness to serve and make good financial decisions for the district,” he said. “We are in a great time moving forward together.”