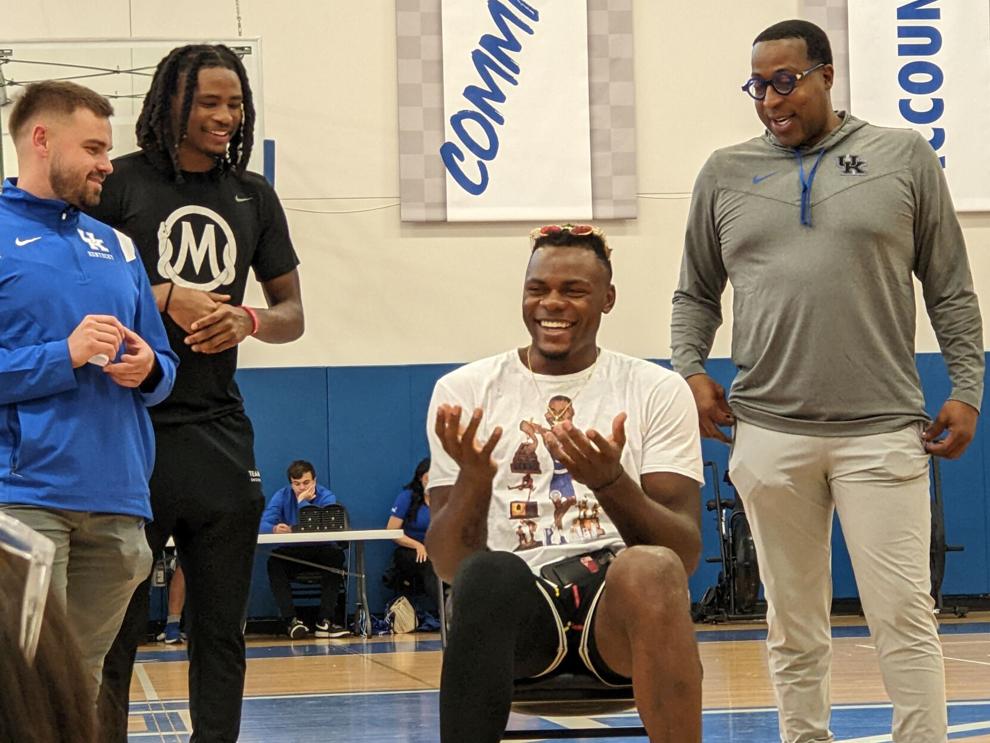 The ladies of Big Blue Nation took over Memorial Coliseum on Sunday for the annual John Calipari UK Women’s Basketball Clinic at the Joe Craft Center.

Women of “non-recruitable age” from across the state and beyond lined up for the chance to take photos and rub elbows with their favorite players and coaches.

The format changed this year, with participants getting the opportunity to have basketballs signed by the players in-person, instead of receiving pre-signed balls. They also got the chance to ask questions and take photos with the players and coaches.

“I am a lifelong UK fan and have always wanted to be here and it just worked out this year,” said Lexington resident McKenzie Martin, a student at the UK College of Law. “I really wanted to get the signed basketball for my nephew’s birthday.”

Martin, who said she looked forward to meeting Oscar Tshiebwe, is the definition of a lifelong fan.

“I was born in February and my first trip out of my house was to a UK basketball game at Rupp Area in March when I was less than a month old. I was born into this,” she said.

The ladies came with questions ranging from what time is curfew for the players, to how they deal with the fame of being UK basketball players, to even asking if any of them had met their future wives on campus.

And for the first time, the women had the opportunity to tour Calipari’s office inside the Joe Craft Center and talk with the coach and his wife, Ellen, in the smaller setting.

Louisville residents Marilyn Hornback and Lisa Coates have been attending the women’s clinics dating back to former coach Billy Gillispie tenure as the UK coach.

“I’ve been here every year they have offered the clinics,” Hornback said. “I like to see all the players and get the chance to meet them and learn a little about their personalities.”

Coates said she remembers talking to a shy Eric Bledsoe and laughing with DeMarcus Cousins in the early years of the clinic.

“I’m glad we are getting a little more personal access to the players again this year,” Coates said. “When this first started we had the chance to meet the players, then it just grew and so many people were coming that it became impractical.”

Hornback was most excited about meeting Tshiebwe, while Coates said Toppin is due for a huge breakout season.

“This team is going to be fun to watch,” Hornback said.